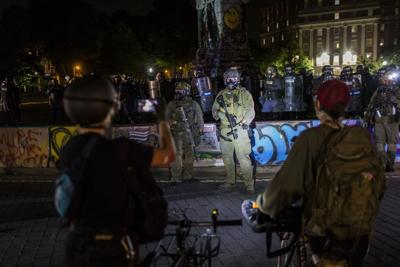 Police and protesters clashed once again at the Lee monument on Friday night, with chemical irritants used to clear the scene and six arrests made in the aftermath.

That confrontation, which happened between 10 and 11 p.m., was followed by officers clearing the scene. Protesters then returned to their original position in what they have deemed Marcus-David Peters Circle for the remainder of the night.