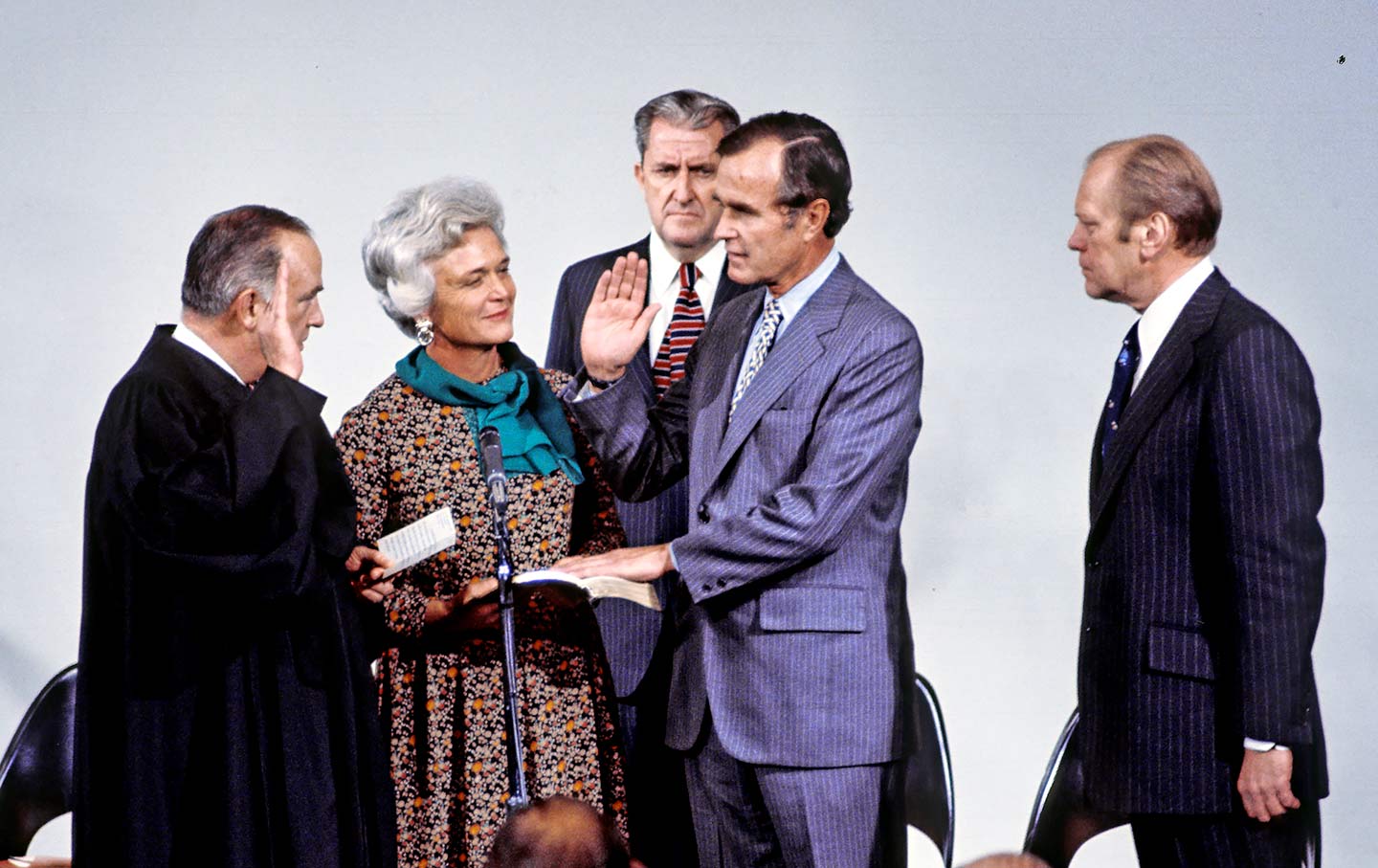 George Herbert Walker Bush represented a ruling class in decay. His WASP awkwardness, his famous syntactical struggles—described in obituaries as an ah-shucks genuineness, a goofy, “irreducible niceness”—was symptomatic of an Establishment in crisis. Franklin Foer, writing in The Atlantic, notes the nostalgia of the encomiums. The public apparently yearns for a time when politics were less coarse, when the country’s clubby elites were well-bred, well-voweled (compare the pleasantly rolling i’s and o’s found in the Harrimans and Roosevelts with the guttural u of today’s ruling clan), and well-mannered, their grasping and groping kept out of the press, for the most part.

What Foer doesn’t mention, and what is perhaps the single most important through-line in Bush’s life, is the way the extension of the national-security state, and easy recourse to political violence in the world’s poorer, darker precincts, allowed Anglo-Saxon men like Bush to stem the decomposition and to sharpen their class and status consciousness.