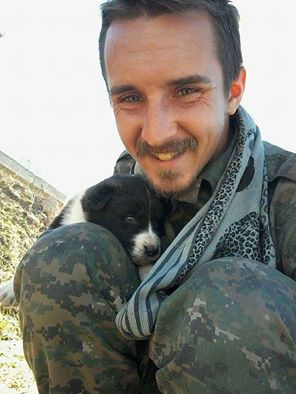 People’s Protection Units (YPG) volunteers, American Michael Israel (27) from Colorado and German Anton Neshek (Zana Ciwan), were killed by Turkish warplanes on 29 November according to another international volunteer fighting alongside the pair against the Islamic State group (IS/ISIS/ISIL), north of Raqqa. [updated].

On his Facebook page, the international volunteer, who was amongst the group killed by Turkish warplanes wrote:

“We were taking a small village when we got hit by Turkish jets in the night. Two of my friends, Anton and Michael were killed among many others. I’m staying to finish out my six months. Fuck Erdogan and Fuck Turkey.”

The YPG have informed both men’s families.

Another of Micheal Israel’s comrades posted the following message on his Facebook page: