The Other Explanation for Venezuela’s Economic Crisis 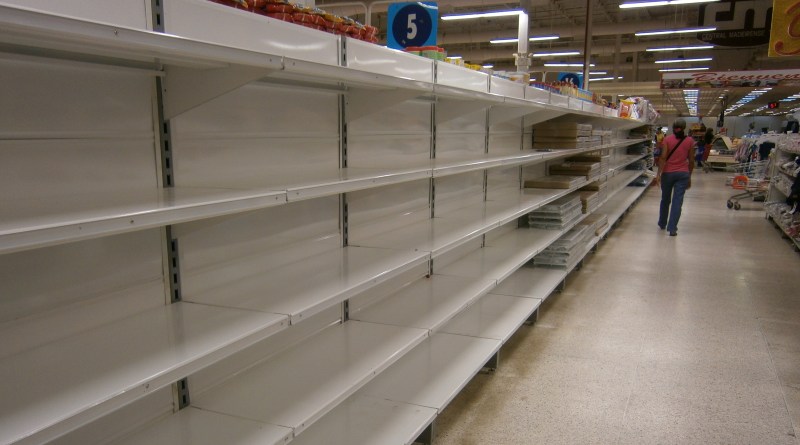 Reports in the English-language press last week highlighted a series of small-scale street protests in Venezuela that bemoaned the scarcity of certain basic products, chronic shortages of medical supplies, and continued power and water outages throughout the country. According to Reuters, for instance, more than a thousand such protests occurred in January and February and, taken together, “show the depth of public anger” and “could become a catalyst for wider unrest.”[1] News accounts proclaiming Venezuela’s state of emergency are not new but in recent weeks have reached hysterical levels, with the Boston-based Global Post claiming that Venezuela’s economic situation is now “worse than 1960s Cuba.”[2]

The mainstream narrative explanation is that the crisis is the result of economic mismanagement and the ideological rigidity of the country’s “authoritarian” Chavista led-government. For instance, Andreas E. Feldmann, Federico Merke, and Oliver Stuenkel, writing for the Carnegie Endowment for International Peace, wrote last November that “Venezuela’s steep recession has been worsened by economic mismanagement leading to mounting inflation, a widening fiscal deficit, and growing shortages of essential goods including food, soap, and diapers.”[3] Similarly, Arlecchino Gomez at The Daily Signal, wrote, also last November, that Venezuela’s recession “was largely due to government incompetence and mismanagement.”[4]

The Workings of the “Free” Market

These sentiments are strongly predicated on the standard line of economic thought prevailing in the Western media and political class: