It’s like ATS now has a de facto mass army of inadvertent troops, comprised almost entirely of folks who have never heard of us and wouldn’t like us if they had.

As most readers know, I have long been an advocate of a political realignment along decentralist vs. centralist, populist vs. power elite, and anti-system vs. system lines. For quite some time, I held to the view that “culture war” tribalism undermines the development of anti-system resistance, and fuels the divide and conquer approach of the ruling class. However, I am increasingly convinced that this latter criticism does not apply to the current situation. In recent years, it has become fashionable for some on the Left, largely in response to Trump, to postulate that perhaps many on the Left were mistaken to emphasize culture war issues over class issues for decades, to the point of pushing significant sectors of the working class to the Right. In response, the “maximal culture” warriors on the Left are attacking these culture war “second thoughters” for allegedly fomenting red/brown alliances. Meanwhile, the number of actual advocates of left/right crossover projects seems to be growing as well.

It would seem that all of these factions collectively have the effect of weakening the system and strengthening pan-secessionism. Opinion polls continue to show that as the culture war has continued to intensify, support for pan-secessionism has only increased with nearly 2 in 5 Americans now having at least casual sympathies for pan-secessionism. Therefore, it would seem that strengthening the culture war is in the interests of the pan-secessionist strategic project. Additionally, class war politics has also grown significantly in recent years, in obvious response to the present Third Worldization of the US economy. A maximal culture war that is paralleled by a strident class war will likely have the effect of increasing pan-secessionist sympathies to an even greater degree. Meanwhile, the growth of “red/brown alliances” indicates that a growing number of people are willing to completely turn their back on the system, irrespective of abstract political ideologies, as indicated by the “End the Damn the Wars” protest over the weekend, which included everyone from Communists to Boogaloo Boys.

The objective at this point should be to encourage fragmentation to the point that the system cannot hold, in the same way that the Eurasian Communist expanse could not hold in the late 80s/early 90s while preventing a ruling class effort to save the system through the installation of a more overtly authoritarian regime (as the Soviet military and intelligence services attempted in 1991), and simultaneously preventing a full-blown civil war (as in Yugoslavia following the collapse). 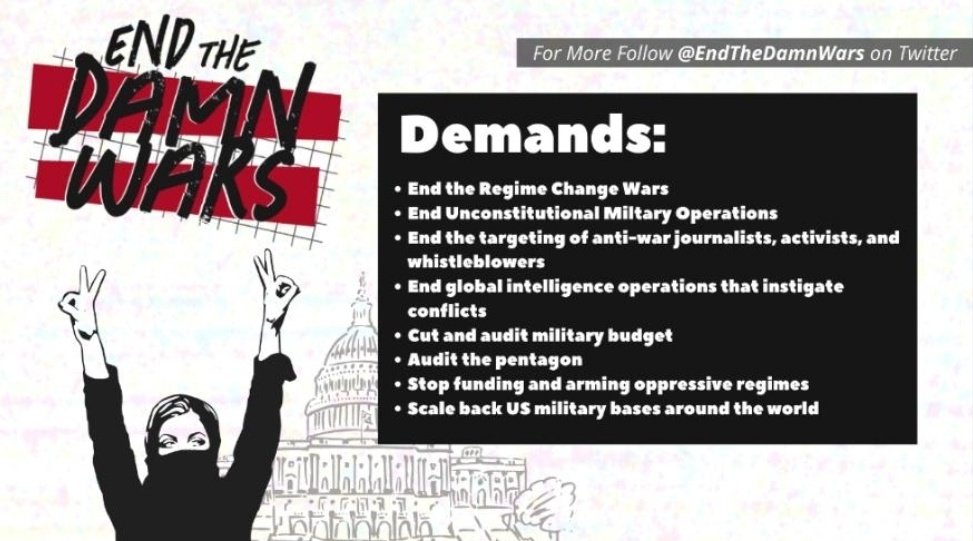