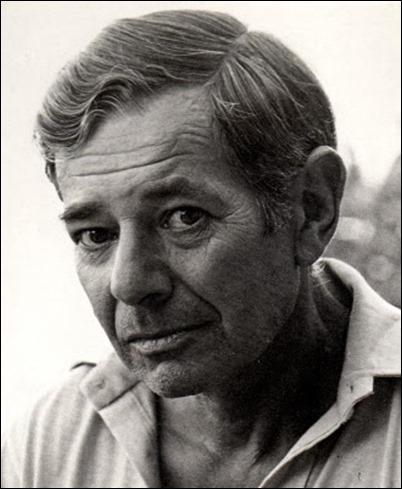 Right now, I’m having an enjoyable time reading through my years-long-neglected hardcover copy of Without Guilt and Justice: From Decidophobia to Autonomy, a relatively obscure work by prominent Fritz-translator Walter Kaufmann. I’m thinking about dedicating a post or two to this work, which could be read as Kaufmann’s culmination of the Nietzschean project, but for now, I’m just gonna share a few illuminating passages on “equal opportunities” with you…

We could come closer to equality of opportunity by outlawing random breeding. Allowing only the most favored specimens to beget children would, paradoxically, give them a vital opportunity denied to the vast majority. One could permit sexual intercourse as now, while restricting impregnation to artificial insemination, and people would not have to be told who were the fathers of the children born under this system. Even then some women would have the opportunity – or perhaps the duty – to give birth again and again, while most women would be denied this opportunity or excused from this obligation. In such a society millions could have a single father. But brothers and sisters, and even more so half-brothers and half-sisters, often differ widely in health, constitutions, talents, and capacities. Only cloning could really produce equality of opportunity at birth – if one made all people almost literally equal; but presumably, one would prefer at least two models: one female, one male.

If all these schemes strike you as so many nightmares, you do not really favor equality of opportunity. Such schemes would involve an incalculable loss in genes; a vast fund of potential talents and capacities would be lost to mankind forever. And family life as we know it would cease.

Environment during the preschool years remains decisive for one’s character, intelligence, and whole development. This is not only a Freudian tenet, but recent work by child psychologists confirms conclusively how much intelligence depends on the mother’s attitude toward the infant, on her encouragement or detachment. Children from utterly different backgrounds plainly do not have equality of opportunity.

The notion that integrated schools provide equality of opportunity for all is untenable as long as children live in widely different homes. And it is downright ridiculous as long as teachers do little real teaching, assign a great deal of homework, and expect the parents to help with the homework and explain what is not clear.

Equality of opportunity also involves some reduction in opportunities. Wherever equality is held to be crucial, some leveling is inevitable. It is told that Alexander the Great was offered a drink of water on a hot day when he and his army had gone without any water for a long time, and that, seeing that there was not enough water for all, he refused the offer and spilled the water into the sand. If every opportunity that cannot be offered to all is refused and goes to waste, few opportunities can be accepted.

In any case, what is equality of opportunity? At what stage in their lives are people supposed to have it? If they are to have it always, we must rigidly control their lives from birth to death, in order to make sure that they do not make choices that will deprive them of various opportunities. Granted freedom, people make different choices, learn different things, acquire different skills and habits, run different risks and sometimes pay the price, tie themselves down in various ways, and before long have very different opportunities. There is thus a tension between freedom and equality of opportunity, and we should not do everything we can to bring about the latter.

Those who claim to be for equality of opportunity do not advocate measures that would really promote less inequality of opportunity at birth than we now have. They are not mainly concerned about the time of birth. If equality of opportunity is wanted, but neither at birth, or not only at birth, nor always, some time when people are supposed to have it must be specified. This might be the age when children first attend school, say, at five. If so, it would be indispensable to provide the same controlled environment for all youngsters, giving a centralized authority the power and the means to bring up all children communally in just the same way. Extreme egalitarians might even wish to stifle all expressions of originality and individuality.

(In the Far East the phrase is associated with the open-door policy in China and considered odious. The French phrase la carriere ouverte aux talents is unobjectionable – and does not invoke the myth of equality.)

My claim that men are not equal and that equality is a myth does not entail any bigotry. On the contrary, bigots assume that all Jews are equal – or all Negroes, Germans, or women. My point is that no two men or women are alike. Some statistical generalizations about these groups are well founded, but they do not indicate that all members of the group are alike, and I am far from suggesting that distributions, any more than punishments, should be guided by such generalizations. All men and women are brothers and sisters, and each should be considered as an individual. Giving the same to all is not particularly reasonable, seeing that they are not alike, do not have the same desires, and cannot all use the same things or opportunities.

Seeing as “equality of opportunity” is a slogan I’ve favoured in the past (contra equality of results), Kaufmann’s words serve as something of a corrective. As I see it now, in civil matters, “levelling the playing field” pales in importance to securing the maximal conditions of personal freedom for any and all to make what they will of themselves (keeping biological and social-existential constraints in mind).