The anti-jerk off club named after a Disney character goes to Portland, presumably to get into a fight with Antifa. What could possibly go wrong? My advice to anyone interested in dissident politics is to avoid either participating in these groups or getting into confrontations with them. Protest all you want, burn down pig stations, loot Wal-Mart, whatever. But these street fights between rival cosplaying gangs of Weimar reenactors are the biggest waste of time ever.

PORTLAND, Ore. — Thousands of members of the far-right Proud Boys plan to mass at a park here on Saturday afternoon, setting up another clash of liberal and conservative extremes in a city that has become the public front line for combustible — and deadly — political conflict.

The so-called Western chauvinist group espouses pro-Trump, police-friendly rhetoric, but its members have a reputation for sparking fights with the far left that devolve into mayhem. After four months of steady protests in this city, its choice to bring an armed, extremist crowd from all corners of the country to the Pacific Northwest again turns Portland into an ideological battlefield, a place where speech has crossed a dangerous line into violence.

Yep. The great thing about the Trump presidency is that The Donald portrays the state as it ought to be portrayed, as the “mafia with a flag.”

So, in other words, Jews are just like everyone else. Fair enough.

“Conservatards” probably jerk off to her pictures. Although at least she’s more attractive than RBG (but what isn’t?)

By Elizabeth Dias and Adam Liptak

This article has been revised to reflect the following correction: An earlier version of this article, based on the recollection of a family friend, referred incorrectly to the Down syndrome diagnosis of the Barretts’ son. In fact, the Barretts did not learn of that diagnosis through prenatal testing, according to a family member.

Two years ago, after nominating Brett M. Kavanaugh to the Supreme Court, President Trump strongly hinted that his choice for the next opening would be a former law professor he had named to a federal appeals court the year before: Judge Amy Coney Barrett.

A martyr for liberty or just a dumbass who was endangering public health? Or both? This dude is 42 and looks like he’s 62. I’m generally of the opinion that a core principle of anarchism must necessarily be tolerance for stupid people. Otherwise, what objection would there be to fascism?

A Maryland man has been sentenced to one year in jail after he hosted two parties against the governor’s COVID-19 large gathering orders, prosecutors said.

Following a bench trial, Shawn Marshall Myers, 42, was convicted of two counts of failure to comply with an emergency order, according to a Friday statement from the Charles County State’s Attorney’s Office.

END_OF_DOCUMENT_TOKEN_TO_BE_REPLACED

The late Norman Mailer’s idea of devolving power to the individual neighborhoods in NYC might be a prototype for an “anarchist” New York City.

Right after I learned that the Department of Justice this week designated New York City an “anarchist jurisdiction,” alongside Portland, Ore., and Seattle, I took a walk around my Brooklyn neighborhood with freshly fearful eyes. There was an older man in a plaid shirt leaning against the fence of a basketball court, eyes closed, face turned up toward the autumn sunlight. Perhaps he was enjoying a moment of solace with nature before winter, when we will surely be driven back indoors by the coronavirus. Or was he gathering strength before smashing up the local Victoria’s Secret and bringing home the lacy loot to his wife, most likely another senior citizen demented by lawlessness?

By Jennifer Steinhauer and Helene Cooper

WASHINGTON — Senior Pentagon leaders have a lot to worry about — Afghanistan, Russia, Iraq, Syria, Iran, China, Somalia, the Korean Peninsula. But chief among those concerns is whether their commander in chief might order American troops into any chaos around the coming elections.

President Trump gave officials no solace on Wednesday when he again refused to commit to a peaceful transfer of power no matter who wins the election. On Thursday he doubled down by saying he was not sure the election could be “honest.”

END_OF_DOCUMENT_TOKEN_TO_BE_REPLACED

They don’t get called “pigs” for nothing.

Carl Schmitt, whom I have written about extensively in the past, is very relevant to things that are going on now.

END_OF_DOCUMENT_TOKEN_TO_BE_REPLACED

After the novel coronavirus first appeared in Africa in late February, Ghana’s government decided it would take no chances. Ghanaian citizens were soon put under lockdown, and travel between major cities was banned. Then President Nana Akufo-Addo announced the closure of the country’s land and sea borders.

END_OF_DOCUMENT_TOKEN_TO_BE_REPLACED

I am something of a Stoic. Zeno, the founder of Stoicism, was the first Western proto-anarchist that we know of. 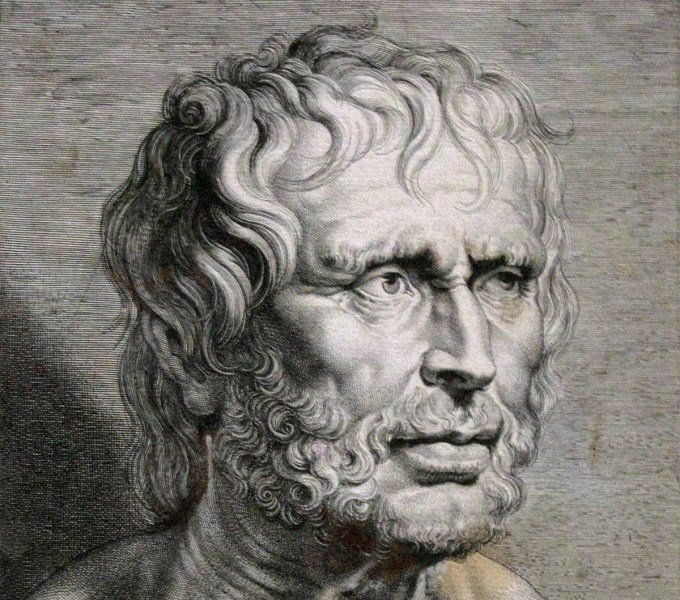 END_OF_DOCUMENT_TOKEN_TO_BE_REPLACED

Ben Carson is proof that brain surgeons are not necessarily multi-layered or multi-dimensional intellects.

As usual, Krystal and Saager have some pretty good economic/class analysis in a way that’s limited to a mainstream, reformist-statist perspective.

Video of a police officer being forcefully struck on the back of the head with a baseball bat has attracted national attention after protests swept across the U.S. in the wake of the verdict in the Breonna Taylor case.

The clip showed an officer with the Seattle Police Department having fallen to the ground from his bicycle. A protester is then seen throwing a cone at him before the officer reached for and fired pepper spray into the crowd.

Another demonstrator then approached from behind and struck the officer on the back of the head with what police described as a “metal baseball bat,” hitting his helmet.

The officer continued to aim pepper spray at the crowd as he dragged his bicycle towards the line of police.

A pickup truck hit a protester Thursday night in Hollywood, California, and moments later a second vehicle hit a car participating in the same protest as it tried to leave the area, according to the Los Angeles Police Department.

The “largely peaceful” group of protesters began marching around 7 p.m. local time with only isolated reports of vandalism, but shortly after 9 p.m., things turned violent when a blue pickup truck traveling on Sunset Boulevard maneuvered through the crowd and became involved in an altercation, according to authorities. The driver of the truck attempted to get away from the situation, but police said he struck a protester standing in the street.

The protester hit by the truck was transported to a local hospital with minor injuries.

“Can’t we all just get along?” Where have we heard that before?

Krystal has a pretty good analysis of Trump in this.

The Third Worldization of the US economy continues.

More and more people are realizing the futility of trying to work “within the system.”

This data is very interesting. People of all races generally reject race war politics and embrace class war politics, albeit is a rather moderate form.

At the beginning of this segment, Krystal refers to Hillary Clinton as “Hitlerly.”

We anarchists must necessarily work to oppose all governments everywhere while at the same time opposing overarching systems of imperialism. The way we do that is through building global networks of oppositional subcultures predicated on the principle of self-determination and voluntary association for all.

EXCLUSIVE: For the first time, the United States will sanction foreign judges and a court for gross violations of human rights, as it targets Iran’s Revolutionary Court system for the execution of a 27-year-old wrestler and other abuses, according to a U.S. official.