Child pornography is a toxic subject, but a very important one that cannot and should not be ignored. This is an attempt to bring the topic to a serious discussion, and explain why possession of child pornography need to be re-legalized in the next ten years, and why you need to fight for it to happen. END_OF_DOCUMENT_TOKEN_TO_BE_REPLACED

They may never be confused with “Swan Lake,” but an upstate New York strip club says its nude lap dances are every bit as much an art form and should be exempt from state taxes.

So far, the state tax department and an appeals court disagree and want the Nite Moves club in Albany to pay up $124,000 it says it owes in taxes.

New York’s highest court gets a shot at the arguments Wednesday when the two sides face off at the Court of Appeals.

Tax officials say sales taxes were paid on the club’s non-alcoholic drinks, but are also owed on admission and so-called “couch sales,” where patrons pay for private or lap dances.

Nite Moves claims the dances are exempt under state tax law as “live dramatic or musical arts performances.” The exemption also applies to theater or ballet. The club is relying on testimony from a cultural anthropologist who has studied exotic dance and visited Nite Moves.

END_OF_DOCUMENT_TOKEN_TO_BE_REPLACED

File photo of a police car with its lights on. (Photo by Spencer Platt/Getty Images) [LOL]

MIAMI (CBS Tampa) – An officer with the Miami-Dade police department was arrested by federal authorities for stopping female drivers for no other reason than to initiate “sexually suggestive conversations.”

According to the Miami Herald, 33-year-old officer Prabhainjana Dwivedi was arrested by FBI agents inside police headquarters on Wednesday.

END_OF_DOCUMENT_TOKEN_TO_BE_REPLACED

The Gay Homeland Foundation is an international organization dedicated to the idea of creation of a self-administrated territory for the GLBT-people. It was established in Cologne, Germany in 2005.

Our association dedicates itself also to the promotion of the cultural, economic and political development of the GLBT-community, and aims to improve the reputation and protection of its nationals in the world.

END_OF_DOCUMENT_TOKEN_TO_BE_REPLACED

[No, this article isn’t from The Onion…]

Around the time the Iraq War began I was interviewing a community organizer in Harlem who was also active in various anti-imperialist movements. As our interview wrapped up, she began to quiz me about the white, middle class wing of the antiwar movement that had gathered around United for Peace and Justice (UFPJ). She was curious in particular about a flamboyant new group called Code Pink. Co-founded by West Coast peace activists Medea Benjamin and Jodie Evans, Code Pink seemed to be everywhere, grabbing headlines with its vigils and marches and various publicity stunts.

END_OF_DOCUMENT_TOKEN_TO_BE_REPLACED

[editor’s note: This is bizarrely cynical: it’s not the anti-gayness of it, it’s the fact that most of the leaders of the GOP have embraced gay friendly politics at tue upper levels except when they can score political points off of abusing it (see Dick Cheney’s endorsement of gay marriage “as a state issue” and his endorsement of those anti-gay politics on the ballot). So doing it with African lives, that just makes it easier. American pundits should avoid trying to score political points off of situations they do not understand and empower corrupt states. So much for the “wolf you know” argument.]

END_OF_DOCUMENT_TOKEN_TO_BE_REPLACED 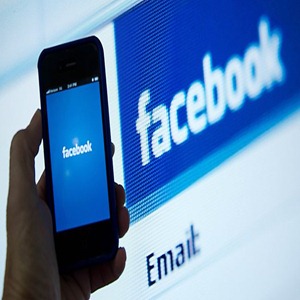 Parents are being warned to educate their kids about the criminal repercussions of online trolling.

PARENTS are being warned to tell their kids they could face criminal convictions for online trolling after a Bendigo man was sentenced to jail for making an offensive Facebook page.

David McRory, 22, pleaded guilty in Bendigo Magistrates’ Court yesterday to using a carriage service to offend and publishing objectionable material online.
The court heard McRory and a friend, Joshua Turner, 22, started a Facebook page that rated the sexual performance of women from Central Victoria.
The defence counsel said in court that McRory – the Facebook page creator – did not mean to cause long-term harm.
END_OF_DOCUMENT_TOKEN_TO_BE_REPLACED

GREENVILLE, SC (WYFF) – The South Carolina chapter of the American Civil Liberties Union is accusing the Greenville County Sheriff’s Office routinely making unlawful arrests of women they suspect of being prostitutes and men who have sex with men, even though they haven’t broken any laws.

The ACLU says it sent a letter to the Greenville County Sheriff’s Office and the State Solicitor’s Office on Wednesday demanding that “the local police department stop violating the constitutional rights of innocent people under the guise of enforcing public decency laws.”

END_OF_DOCUMENT_TOKEN_TO_BE_REPLACED

Andy Nowicki joins Richard Spencer to discuss the Chick-Fil-A controversy, the evolution of the gay-marriage debate, and Batman, too.

Listen to the interview.

From the CNN Freedom Project

Worldwide, every three seconds a girl under the age of 18 is married.

In India, 90% of these marriages are arranged between families.

And with a divorce rate of just above 1% proponents argue arranged marriage is an effective way for young people to find a partner.

But what happens when a proposed marriage goes awry?

CNN’s Sumnima Udas looks at the pros and cons of arranged marriage.

CBS San Francisco has her comments:

END_OF_DOCUMENT_TOKEN_TO_BE_REPLACED

A whiff of common sense.

RICHMOND, Va (WTVR)- This Chick-fil-A thing is oh-so simple if you believe in the Constitution.

The firm’s president  has every right to voice his opinion on gay marriage.

Those who disagree have every right to not eat there and encourage others to join them.

Those politicians or university leaders who want to punish the company by denying or repealing its business licenses are grandstanding idiots.

Unless someone can prove Chick-Fil-A discriminates in its hiring and treatment of its employees, or against its customers, any city or university discriminating against them would be in trouble.

END_OF_DOCUMENT_TOKEN_TO_BE_REPLACED

Based on reports from around the country, many Chick-fil-As had lines out the door come lunchtime. Attendees emphasized a mix of support for the company’s stance against equal marriage rights and for what’s being billed as an underlying free speech issue in the initial backlash against the fast food chain’s officially outed politics. Mayors in a handful of cities, including Boston and Chicago, responded to CEO Dan Cathy’s recent remarks on his “Biblical” view of marriage by insinuating that the chain was not welcome within city limits.

END_OF_DOCUMENT_TOKEN_TO_BE_REPLACED

EMEMBERING A LOST WORLD – BEFORE THE ISLAMIC REPUBLIC OF IRAN
PHOTO: The Student Lounge at the University of Tehran in 1971.
According to the New York Times, “Until the revolution, Iran was among the most cultured, cosmopolitan countries in the region. It had a progressive movement in art and literature and a sophisticated film and television industry.”
Foreign Policy magazine notes: “When Westerners think of Iran today, images of women wearing chadors, American flags burning, and militant crowds shouting nationalistic slogans often come to mind. But those who have memories of Tehran in the 1960s and 1970s paint a very different portrait of Iranian life.
END_OF_DOCUMENT_TOKEN_TO_BE_REPLACED

The transition between bans 3 and 4 smashes it!

Volunteered, by Aaron Kinney, to The Radical Libertarian

Of the various manifestations of the egalitarian cultural revolution that has transpired in the Western world over the past half century, none have been quite so enduring or become so deeply rooted in the culture of modern society as the so-called “sexual revolution.” Indeed, it might well be argued that even the supposed commitment of Western cultural elites in the early twenty-first century to the ethos of racial egalitarianism is not quite as profound as their commitment to the preservation and expansion of the victories of the sexual revolution. The sexual revolution itself brings with it many of its own manifestations. These include the now prevailing feminist ethos, the liberalization of both popular opinion and public legislation concerning sexual conduct, abortion and contraception, divorce, the normalization of homosexuality accompanied by the growth of powerful homosexual political interest groups, and the identification of an ever-growing list of “gender identity” or “sexual orientation” groups who are subsequently assigned their position in the Left’s pantheon of the oppressed.

Of course, the ongoing institutionalization of the values of the sexual revolution is not without its fierce critics. Predictably, the most strident criticism of sexual liberalism originates from the clerical and political representatives of the institutions of organized Christianity and from concerned Christian laypeople. Public battles over sexual issues are depicted in the establishment media as conflicts between progressive-minded, intelligent and educated liberals versus ignorant, bigoted, sex-phobic reactionaries. Dissident conservative media outlets portray conflicts of this type as pitting hedonistic, amoral sexual libertines against beleaguered upholders of the values of faith, family, and chastity. Yet this “culture war” between liberal libertines and Christian puritans is not what should be the greatest concern of those holding a radical traditionalist or conservative revolutionary outlook.

END_OF_DOCUMENT_TOKEN_TO_BE_REPLACED

Interesting description of the current sexual marketplace as an artificial market. All those guys you know who screw a lot of women are Omega’s exploiting a niche produced by feminism and urban anonymity. In a tribal society these sort of guys would be killed or expelled by an alliance of alphas and betas; if they could manage to get laid in the first place…. More…

Another good ‘un from Goad…

The hoarsely ululating throats of the “pro-life” and “pro-choice” movements screamed at each other outside a small abortion clinic in Jackson, Mississippi last week as a federal judge cock-blocked a state lawand allowed the clinic to stay open for now. The law would have effectively shut down the Jackson Women’s Health Organization, which is Mississippi’s last remaining abortion clinic.

Few political issues are as supercharged with moral hysteria as abortion. What’s moral, as always, is in the eye of the moralizer. Outside the clinic and in the comments section of every online news story about the case, there were the requisite dueling accusations of moral turpitude and hypocrisy, of which side values basic human dignity and which doesn’t. The pro-lifers spoke of a legal holocaust of unborn fetuses while the pro-choicers bemoaned state-sanctioned reproductive slavery.

One side warned of bloody coat hangers from back-alley abortions, while the other toted garish picket signs of legally aborted shredded embryos. And all of it was a relentlessly bloody power struggle for the moral upper hand: On one extreme you have those who believe one drop of spilled male semen is an abomination before the Lord, while on the other were the super-empowered mega-sluts who instead choose to sacralize their “sexuality” and blithely eject unwanted fetuses from their wombs with the regularity of old toasters disgorging the morning’s burnt toast.