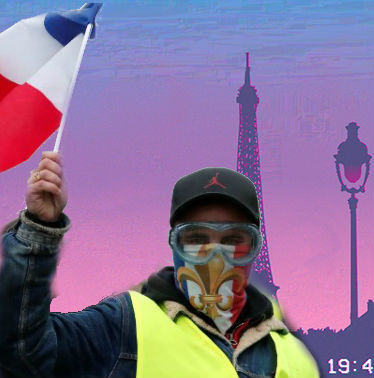 The gas tax as largely symbolic for overall populist discontent
Macron’s Neoliberal economic polices
Decentralized nature of the movement
The culture of protest in France
The role of the police(update: Police Deploy Rifles with Live Ammunition to Yellow Vest Protests)
The White Working Class demographic
Fusion of Left and Right Populism and support from both nationalist Le Pen and leftist Mélenchon supporters
How the outcome of the Yellow Vest protests will impact the next election
Why movements need a segment of the elite to succeed
Russian and American(ex. Steve Bannon) conspiracy theories
Orbánomics, or the Return of National Economics
National Economic policies such as state control of banks, national banks, and local production
The Economics of Globalism and High vs. Low Globalism
Left Wing French Social Nationalist Alain Soral
France Is Becoming More Violent