Claes Ryn on the enemies of mankind, some of whom and their proteges and offspring are still around. The neocons have recolonized the Democratic Party at this point, continued to control the Republican Party in every essential area, embedded themselves in the Trump administration, and co-opted the Left with anti-Trumpism, i.e. working every angle. 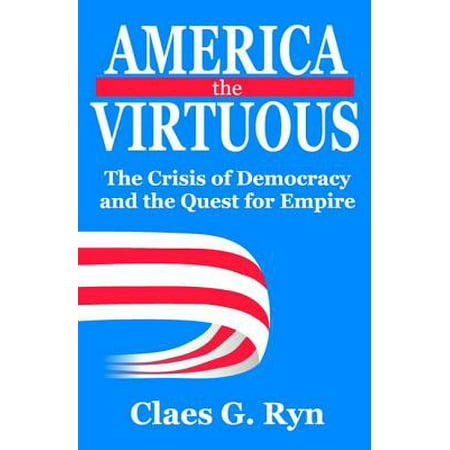 “Urged on by a powerful ideological and political movement, George W. Bush committed the United States to a quest for empire. American values and principles were universal, he asserted, and should guide the transformation of the world. Claes Ryn sees this drive for virtuous empire as the triumph of forces that in the last several decades acquired decisive influence in both the American parties, the foreign policy establishment, and the media.

Public intellectuals like William Bennett, Charles Krauthammer, William Kristol, Michael Novak, Richard Perle, and Norman Podhoretz argued that the United States was an exceptional nation and should bring “democracy,” “freedom,” and “capitalism” to countries not yet enjoying them. Ryn finds the ideology of American empire strongly reminiscent of the French Jacobinism of the eighteenth century. He describes the drive for armed world hegemony as part of a larger ideological whole that both expresses and aggravates a crisis of democracy and, more generally, of American and Western civilization.
America the Virtuous sees the new Jacobinism as symptomatic of America shedding an older sense of the need for restraints on power. Checks provided by the US Constitution have been greatly weakened with the erosion of traditional moral and other culture.
Available here.