A classic work featuring essays by ex-Communists that was originally published in the 1950s. Today’s totalitarian humanists are going to produce a whole new generation of “god that failed” types and already appears to be doing so. The danger is that they will go the Sidney Hook, Frank Meyer, Irving Kristol, Arthur Koestler, etc. route and become right-wing reactionaries or stooges for state-capitalism and imperialism from the “right” rather than from the “left.” Pathetically, many of these types were even supporting the Vietnam War in the 1960s. 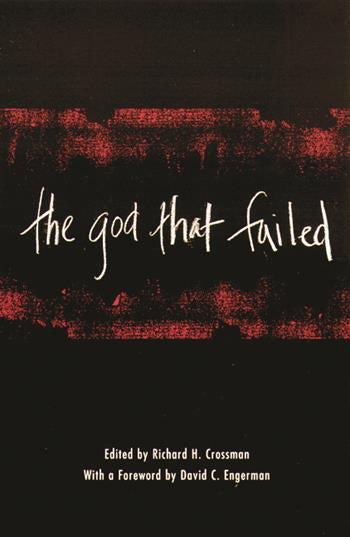 The God That Failed is a classic work and crucial document of the Cold War that brings together essays by six of the most important writers of the twentieth century on their conversion to and subsequent disillusionment with communism. In describing their own experiences, the authors illustrate the fate of leftism around the world. André Gide (France), Richard Wright (the United States), Ignazio Silone (Italy), Stephen Spender (England), Arthur Koestler (Germany), and Louis Fischer, an American foreign correspondent, all tell how their search for the betterment of humanity led them to communism, and the personal agony and revulsion which then caused them to reject it. David Engerman’s new foreword to this central work of our time recounts the tumultuous events of the era, providing essential background. It also describes the book’s origins and impact, the influence of communism in American intellectual life, and how the events described in The God That Failed continue to affect public discourse today.