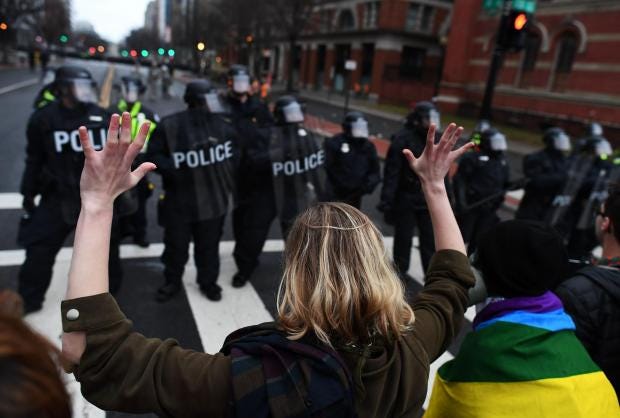 On 20 January, 2017, thousands of people poured into Washington DC to protest Donald Trump’s inauguration. Nearly half a million people brandished signs and shouted slogans for the Women’s March. Thousands of protesters sparked up joints for a “Trump 420” protest in Dupont Circle. And hundreds marched in an anti-capitalist, anti-fascist rally organized by Disrupt J20.

Only the participants in the latter, however, now face up to 60 years in prison for their actions. Nearly 200 participants in the Disrupt J20 protest have been charged felony rioting. Among them are journalists, nurses, and dozens of others who say they did nothing illegal.

The first seven of the participants – now collectively known as the “J20 defendants” – stand trial on Wednesday. Read on for everything you need to know about these defendants, and the rest of the case.