As more people change gender, they are sparking a debate that enrages some and confuses many 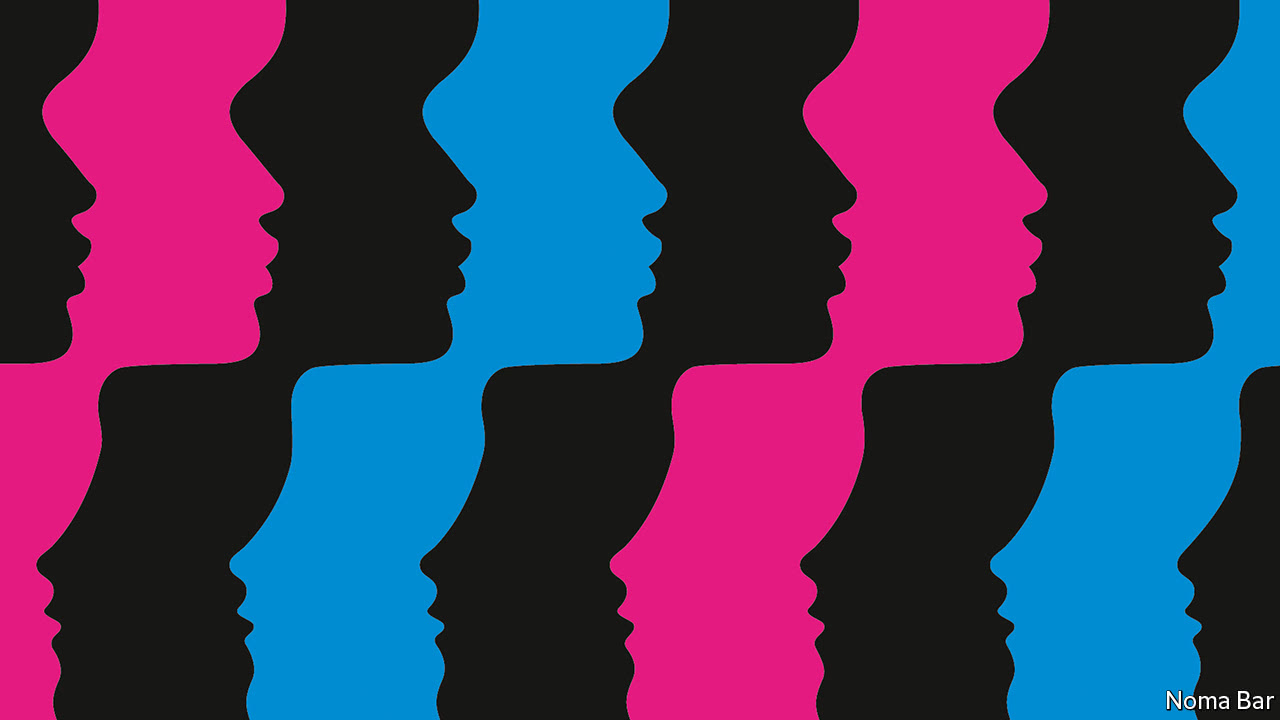 A BEAUTIFUL man with high cheekbones, fluttering eyelashes and a galaxy of silver glitter in his hair strides into the room. He is wearing a wedding dress and dirty trainers. The gender-bending at this club night in east London is not new: Shakespeare’s comedies are filled with cross-dressers; Gladys Bentley stomped the boards of 1920s Harlem in a tuxedo; Ziggy Stardust, David Bowie’s ambiguous interstellar alias, landed in the 1970s. What is new, though, is that convention-defying statements of gender identity are moving from stage and dance floor to everyday life.
The word “gender” is used by prudes to avoid saying “sex”, and restricted by purists (and, until recently, The Economist’s style guide) to speaking about grammar. In the 1970s feminists described the restricted behaviour regarded as proper to men and women as “gender roles”. But in recent years “gender identity” has come to mean how people feel or present themselves, as distinct from biological sex or sexual orientation. Growing numbers of young people describe themselves as “non-binary”. Others say gender is a spectrum, or that they have no gender at all. Facebook offers users a list of over 70 gender identities, from “agender” to “two-spirit”, as well as the option to write in their own.
READ MORE