“Unlike the tea party candidates of 2010 and 2012, these candidates and potential candidates are not united by any coherent ideological vision. Moore, a devout Christian who believes the dictates of the Bible supersede court orders, and Kid Rock, a vulgarian broadly opposed to federal entitlements, share little in common.” 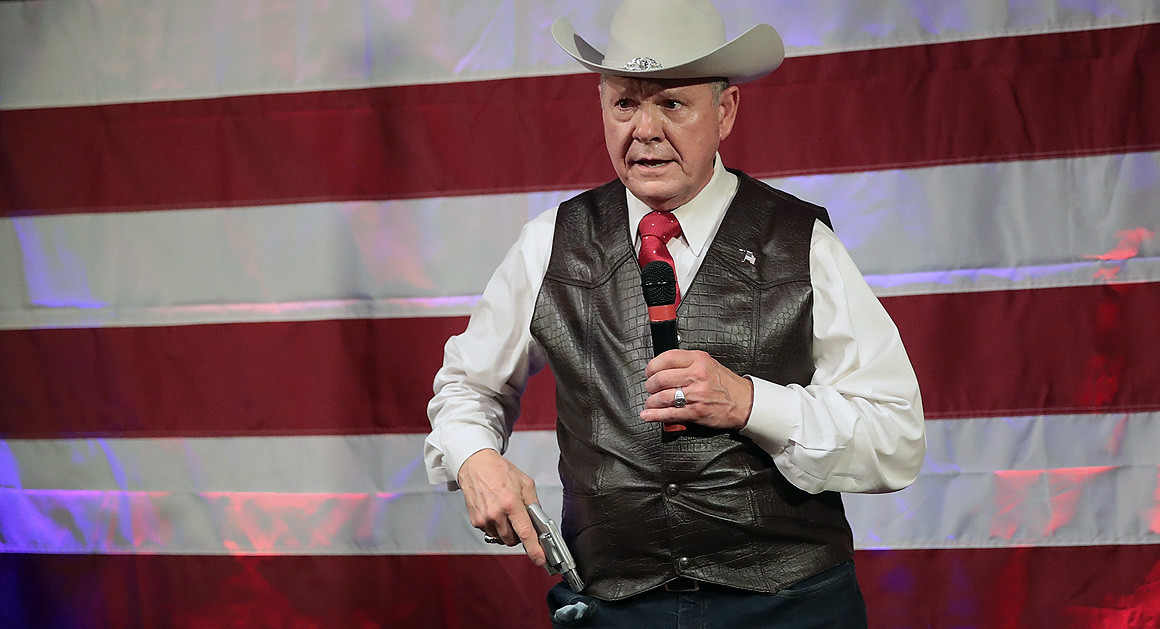 Roy Moore’s win in Alabama’s Senate primary has raised the specter of a nightmare scenario for Democrats and Republicans: The GOP picks up a handful of seats next year, padding its Senate majority, but with candidates like Moore, who buck party leadership as often as they fall in line.

The Alabama race is the latest contest forcing both parties to take seriously candidates they once might have dismissed as unelectable. Early in 2016, several prominent Democrats exulted in Donald Trump’s meteoric rise, urging fellow liberals to support his nomination on the grounds that it would virtually guarantee a Republican defeat. Then he won the election.

Some Democrats similarly cheered Moore’s ascent, arguing that he’d be easier to take down in the December general election. But others are alarmed by the prospect of a Trump-inspired bloc in the Senate.

“All of us who saw the rise of Trump and thought, ‘Oh, this country could never elect somebody who brags about assaulting women and mocks the disabled and war veterans, we’re thinking differently now,” said Paul Begala, the veteran Democratic strategists. Begala at one point rooted for Trump’s candidacy, attributing it to “the fact that the good Lord is a Democrat with a good sense of humor.”