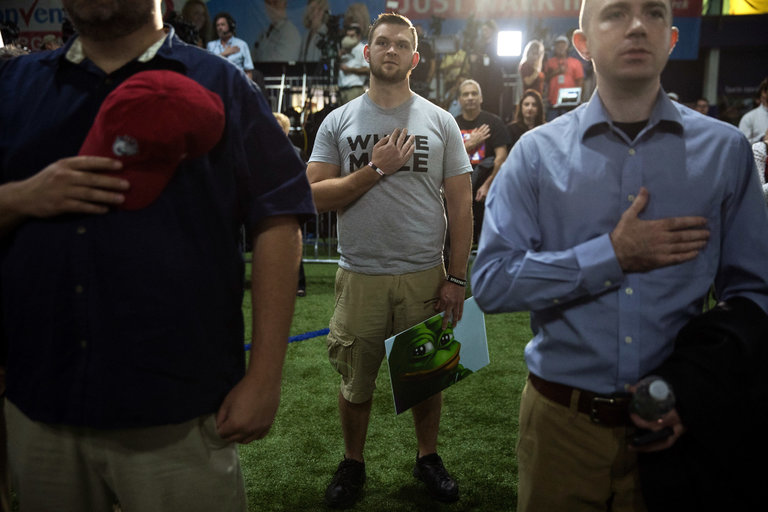 Not even those most depressed about Donald J. Trump’s election and what it might portend could have envisioned the scene that took place just before Thanksgiving in a meeting room a few blocks from the White House. The white nationalist Richard B. Spencer was rallying about 200 kindred spirits.

“We are not meant to live in shame and weakness and disgrace,” he said. “We were not meant to beg for moral validation from some of the most despicable creatures to ever populate the planet.” When Mr. Spencer shouted, “Hail, Trump! Hail, our people! Hail, victory!” a scattered half-dozen men stood and raised their arms in Nazi salutes.

Mr. Spencer, however you describe him, calls himself a part of the “alt-right” — a new term for an informal and ill-defined collection of internet-based radicals. As such, he poses a complication for the incoming president. Stephen K. Bannon, the executive chairman of Breitbart News, whom Mr. Trump has picked as his chief White House strategist, told an interviewer in July that he considered Breitbart a “platform for the alt-right.”

Perhaps we should not make too much of this. Mr. Bannon may have meant something quite different by the term. Last summer “alt-right,” though it carried overtones of extremism, was not an outright synonym for ideologies like Mr. Spencer’s. But in late August, Hillary Clinton devoted a speech to the alt-right, calling it simply a new label for an old kind of white supremacy that Mr. Trump was shamelessly exploiting.