By Alex Brown, In These Times

The U.S. has largely ignored the nearly 400 treaties signed with tribal nations, but that may be starting to change. And some think that could prevent, or even reverse, environmental degradation. 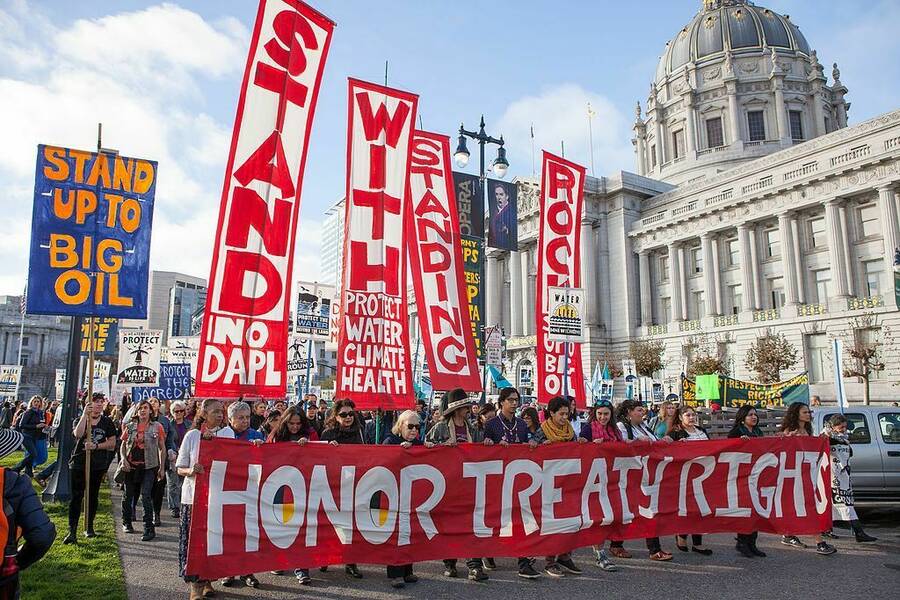 Last month, Michi­gan offi­cials announced plans to shut down a con­tro­ver­sial oil pipeline that runs below the Great Lakes at the Straits of Mack­inac. Gov. Gretchen Whit­mer and Attor­ney Gen­er­al Dana Nes­sel, both Democ­rats, cit­ed sev­er­al rea­sons for the deci­sion, includ­ing one that got the atten­tion of trib­al lead­ers in Michi­gan who have been fight­ing the pipeline for years.

In the shut­down order, Whit­mer ref­er­enced an 1836 treaty in which trib­al nations ced­ed more than a third of the ter­ri­to­ry that would become Michi­gan in exchange for the right to hunt and fish on the land in per­pe­tu­ity. An oil spill from the pipeline would destroy the state’s abil­i­ty to hon­or that right, Whit­mer said.