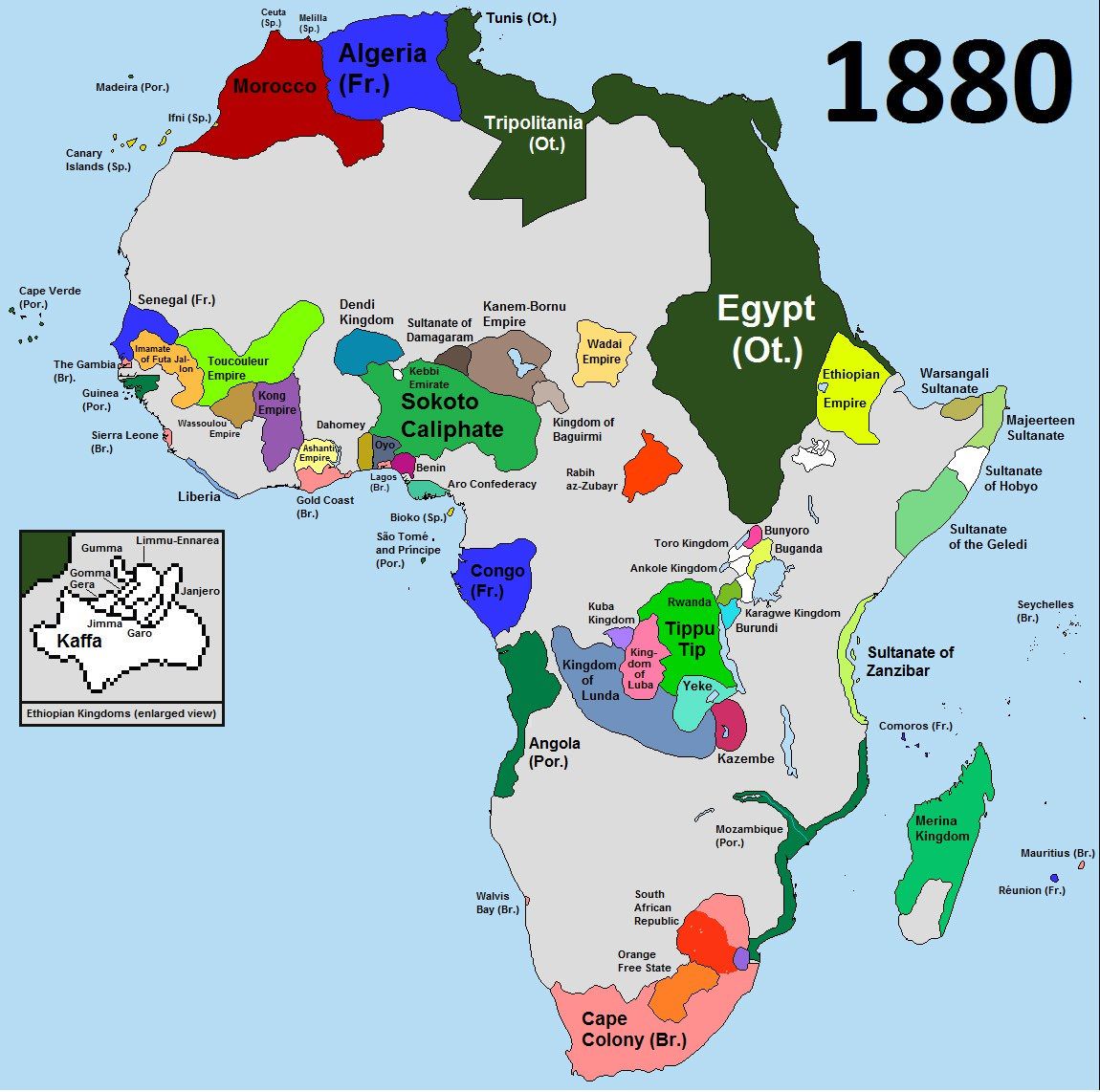 In 1884, a group of European leaders and diplomats met in Berlin to carve up Africa in service of their imperial interests. While there had been colonies in parts of coastal Africa for centuries, new advances in weapon technology, trains, and a liquid defense against malaria meant that European powers could now invade the interior. Great Britain was entering the height of its colonial power, while the French 3rd Republic and Otto von Bismarck of Germany were each constructing their own new empires. What followed the Berlin Conference is known as the “Scramble for Africa.”