This book is a must-read for anyone who is interested in anti-globalization movements. The most important political question in the 21st century is how do we fight globalization without erecting repeats of 20th-century tyrannies like Communism, Nazism, and Islamism, or merely creating an endless series of chaostic failed states like Syria, Libya, or Mexico. Available here. 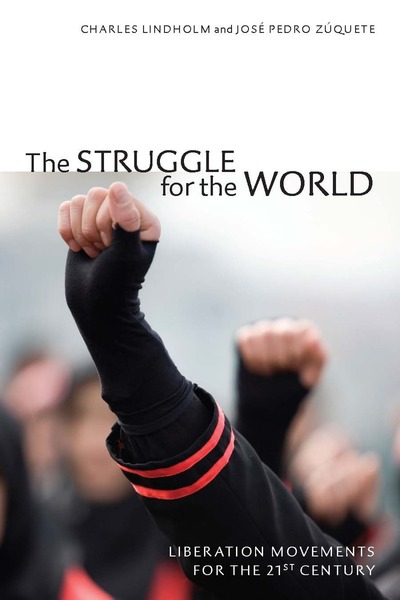 What do Mexico’s Zapatistas, the French National Front, Slow Food, rave subculture, and al-Qaeda all have in common? From right-wing to left-wing to no-wing, they all proudly proclaim their mission to defend their distinctive identities against modernity’s homogenizing processes. This controversial book establishes fundamental similarities between anti-globalization “aurora” movements that aim to destroy the modern world and bring a radiant new dawn to humankind.

While these groups often despise one another, they nonetheless share many fundamental characteristics, goals, and attitudes. Drawing on the original writings and actions of various anti-globalist groups, the authors reveal a common tendency toward charismatic leadership, good versus evil worldviews, the quest for authentic identity, concern with ritual, and unbending demands for total commitment. These movements, however they pursue world transformation and personal transcendence, are a prominent and continuing aspect of our present condition. This book is a strong reminder that, no matter what the cause, revolution is not a thing of the past and the fervent search for another world continues.

Charles Lindholm is University Professor of Anthropology at Boston University. He is the author of seven books, including Culture and Authenticity (2008) and Is America Breaking Apart? (1999). His original fieldwork was in Swat, Northern Pakistan.

José Pedro Zúquete is a researcher in political science at the Social Sciences Institute, in Lisbon, and a research associate of the Globalism Research Center, at RMIT University, in Melbourne. His research focuses on comparative politics, leadership studies and globalization studies. He is the author of Missionary Politics in Contemporary Europe (2007).