This isn’t a bad article, particularly considering it is from a mainstream source. 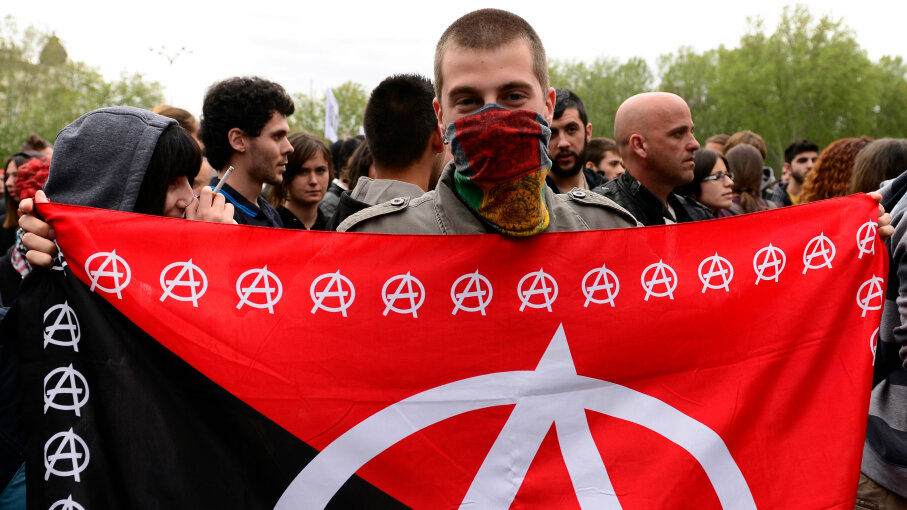 You may have seen TV footage of black-clad, masked protesters, smashing storefront windows and spray-painting their logo — an ‘A’ inside a circle — on buildings on the eve of President Donald Trump’s inauguration in January 2017. Or, viewed news stories about similarly clad dissidents throwing rocks and firebombs at police in the streets of Portland, Oregon, as a May Day march for immigrant and workers’ rights suddenly turned into a melee [sources: Stockman, Ryan].

Those clashes — and countless others that have erupted over the years in cities across the U.S. and Europe — might give the impression that anarchists are simply out to create disorder and chaos. But there’s a whole lot more to anarchism than that. It’s a political philosophy that’s been around since the mid-1800s and traces its roots back to ancient Greece and China, as well as to the ideas of thinkers such as Henry David Thoreau and Leo Tolstoy [sources: Woodcock, Buckley].