Reading Through An Indigenous Peoples’ History of the United States: Multiculturalism 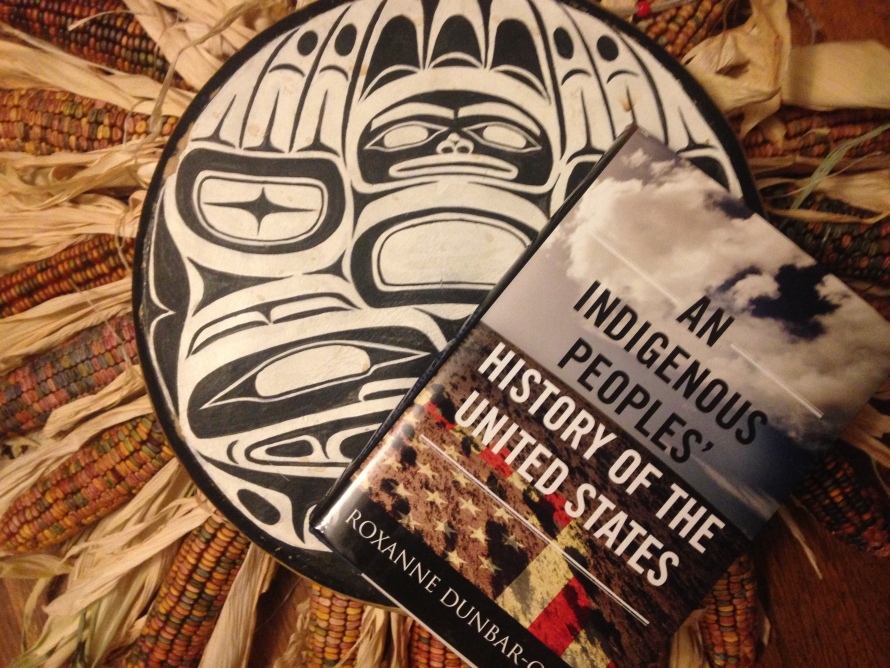 I’ve finally picked up Roxanne Dunbar-Ortiz’s book, An Indigenous Peoples’ History of the United States. The book is an attack on the legitimizing ideology and narrative of the United States’s subjugation of the indigenous people of North America. Though I have only just begun reading it, I am familiar with indigenous decolonization efforts and thought. Even in the little I’ve read so far, I am more than impressed with Dunbar-Ortiz’s critique of the founding myths of the US, which attempt to erase the deep and rich history of this continent and the Native peoples who have lived on it for millennia.

As I read through I will be recording some of my thoughts and highlights from the book, both as a way to remember and to analyze what I’ve read. Maybe you’ll find this useful, or maybe it will just be a series of articles that I may reflect on myself.

Multiculturalism became the cutting edge of post-civil-rights-movement US history revisionism. For this scheme to work-and affirm US historical progress-Indigenous nations and communities had to be left out of the picture. As territorially and treaty-based peoples in North America, they did not fit the grid of multiculturalism but were included by transforming them into an inchoate oppressed racial group, while colonized Mexican Americans and Puerto Ricans were dissolved into another such group, variously called “Hispanic” or Latino.” The multicultural approach emphasized “contributions” of individuals from oppressed groups to the country’s assumed greatness. Indigenous peoples were thus credited with corn, beans, buckskin, log cabins, parkas, maple syrup, canoes, hundreds of place names, Thanksgiving, and even the concepts of democracy and federalism. But this idea of the gift-giving Indian helping to establish and enrich the development of the United States is an insidious smoke screen meant to obscure the fact that the very existence of the oucntry is a result of the looting of an entire continent and its resources. The fundamental unresolved issues of Indigenous lands, treaties, and sovereignty could not but scuttle the premises of multiculturalism.

I believe that Dunbar-Ortiz has identified a key shift in tactics in the United State’s claim to power and legitimacy. Originally manifest destiny was the belief system which legitimized expansion and colonization of indigenous lands. This fit well with the overarching narrative of the United States: pilgrims and outcasts from Europe escaped to the new world for religious freedom, carved out a living from the soil, threw off their old world tyrants and did God’s will by settling the rest of North America.

Over the past 200 years the US has had to integrate African slaves, Mexicans, Puerto Ricans and other Latinos of various nationalities, Native Americans, Chinese, Irish, Italians, and the peoples of hundreds of countries, ethnic groups and religions. Largely in a bid to quell internal dissent and legitimize its rule over this continent and it’s people, the US has revised it’s belief system to include these various groups. This belief system is backwards. In order for it to work we must: