Women in the World/New York Times 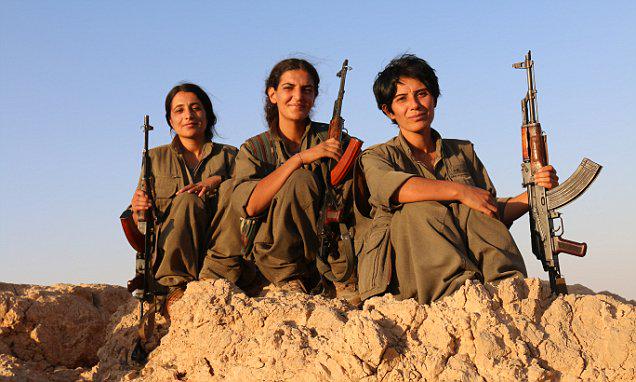 A trio of women has formed an all-female fighting force to seek revenge on ISIS for atrocities committed against Yazidi women in Iraq, and it’s reportedly been decimating the enemy recently. The women hail from Turkey where they left their ordinary lives to travel to Kurdistan, in northern Iraq, and take the fight right to ISIS. According to The Daily Mail, the three AK-47 rifle-wielding and grenade-throwing women have been killing up to 10 ISIS jihadists per day of late in what are often bloody showdowns on the battlefield. The women are not the only all-female group of warriors taking on ISIS in the region. “When we heard ISIS were coming to Sinjar and killing women, we came to stop the humanitarian crisis,” Roza, 22, told The Daily Mail. Raparin, another of the women fighters, said the three “smuggled” themselves into Iraq from Turkey, and she vowed total vengeance for the enslavement and killing of Yazidi women. “We were sometimes killing 10 of them a day,” she said. “We are one with the Yazidis and will fight ISIS to take revenge for what has happened to the women.”

Read the full story at The Daily Mail.