Of all the revolutions I have ever studied, I tend to think the downfall of the USSR, Warsaw Pact, and Yugoslavia are the best prototypes for revolutions against modern states. These revolutions represent things that can go right as well as wrong. The USSR was dissolved into 15 independent countries. The Warsaw Pact countries gained their independence with the GDR reunited with West Germany, and Czechoslovakia being dissolved into two countries. Six new countries plus the statelet of Kosovo emerged from the breakup of Yugoslavia. In other words, a massive Communist imperium was dissolved, largely without the reconcentration of power into a new imperium. The obvious downsides were the civil war and ethnic violence in Yugoslavia, and the neoliberal economic colonization of Russia.

Can Radicals Use the State?

A fundamental thesis which all varieties of revolutionary socialists and anarchists once generally accepted: this state cannot be used to create socialism (communism or anarchism). It must be overturned, destroyed, and replaced by alternate social forms. 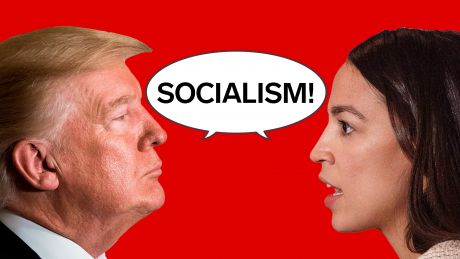 Now that the 2020 U.S. national elections are past, I think it may be time to go over a fundamental thesis which all varieties of revolutionary socialists and anarchists once generally accepted: this state cannot be used to create socialism (communism or anarchism).

But first a comment on the presidential election. As I wrote before the votes, “While it will be good to see the back of the vile Donald Trump, electing Joe Biden will not really solve ‘the problem.’ “ (Price 2020.) Not any of the problems of capitalist-industrial society, which led to Trump in the first place.

Assume that we think that a new, post-capitalist, society is desired, that we are not satisfied with just trying to improve the current social system. This may be for moral reasons, because we think that this capitalist society is oppressive and prevents the full, free, and equal development of all humans. Or perhaps for a belief in necessity, that unless this society is replaced it will result in economic collapse, wars leading to nuclear war, and deadly ecological catastrophes including pandemics and global warming. For either or both of these reasons, we want a new social system, what has been referred to as socialism or communism (with a lower-case “c”) or anarchism. (I am not going to argue this assumption at this time.)

I am asserting here a fundamental thesis of revolution and the state (the basic structure of government): The state—the existing, capitalist, patriarchal, imperialist, state—cannot be used to create a socialist society. If socialism is to be achieved, this state must be overturned and dismantled and must be replaced with different structures . In older language, there is no parliamentary (electoral) road to socialism.