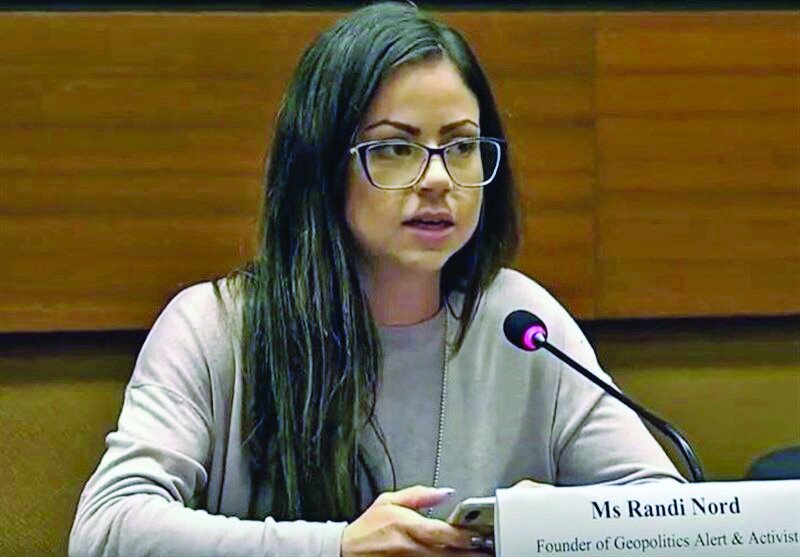 TEHRAN – Randi Nord, an American geopolitical analyst and content strategist, says elections in the U.S. are “all theatrics” and voters don’t have a real choice.

American voters only have the illusion of choice: geopolitical analyst

TEHRAN – Randi Nord, an American geopolitical analyst and content strategist, says elections in the U.S. are “all theatrics” and voters don’t have a real choice.

“Our elections themselves are all theatrics. Lobbying groups with massive spending power propel politicians into office to make decisions and write laws on their behalf,” Nord tells the Tehran Times.

“Corporations and wealthy groups have the power to control who makes it into office,” noted Nord, who is owner and editor of Geopolitics Alert.

She adds, “People in the United States are fed up with the bogus electoral process. Most people who actually vote admittedly don’t like the candidates and know it’s a sham. Some feel like it’s still their duty to vote as countrymen. Others are duped into believing they’re preventing a more evil candidate from assuming office.”

The following is the text of the interview:

Q: Can elections in the U.S. be considered democratic?

A: It’s hard to even call what we have in the United States “elections” and they’re certainly not democratic. The voting masses have little to say no in the matter nor are elected officials accountable to the needs and will of the people.

The officials “elected” to represent us have all attended elite universities, come from super-wealthy backgrounds, and were groomed to become career politicians since their teenage years. That’s why we have so many political dynasties in the United States like The Clintons and The Bushs.