I am generally not one that buys into the usual “our culture is plagued by an excess of decadence” theme that is a favorite of many on the Right. But if I were to make a case that we are indeed in a Kali Yuga moment, this might be Exhibit A in favor of such an argument.

Seriously, I would say that someone that needs a shrink because their preferred candidate lost an election is someone that “has issues,” as they say. Maybe folks like that really do need a shrink, but because of their complete lack of emotional maturity, sense of balance and proportion, obsessive-compulsive fixation, neurosis, or whatever else is wrong them.

I disagree with Trump on quite a few things. I disagreed with Obama on quite a few things. I disagreed with every one of their predecessors on quite a few things. I’ve previously criticized the policies of the US government, and other governments, in about half a dozen books, and countless articles, essays, blog posts, lectures, interviews, podcasts, television and radio appearances, or social media posts. Few people have put more energy into criticizing the political establishment than I have. But someone that needs a therapist simply because Trump is president is simply a weenie, a loser, a drip, a dolt, a dullard, and a dumbfuck. No other way to put it. To folks like that my only advice would be “Get a fucking life, for God’s sake.”

In fact, that so many people seem to seriously believe that Trump is a “fascist” shows how liberal society has become in recent decades. Trump’s foreign policy is Nixonian. His economics are a hybrid Reaganite supply side and Mondale/Gephardt protectionism. He’s indifferent to gay marriage and marijuana. To the degree that he poses as a social conservative at all, it’s obviously just a ruse to hook in the Republican “base.” Immigration is probably the issue that he is most conservative on, which puts him square in line with Ross Perot, and to the left of Eisenhower. The idea that all of this would require “therapy” merely demonstrates that mental health is indeed a serious problem in our society, but not because of Trump.

The majority of my politics trend far, far to the left, though there are a handful of issues where I swing back to the center or right. I tend to think groups like DSA or the Greens are milquetoast weenie suburban liberals and college students, not dangerous left-wing extremists. But the idea that having a de facto Blue Dog Democrat or Rockefeller Republican like Trump as president would require mental health counseling for anyone indicates they really do have mental health issues, but not because Trump is the president. 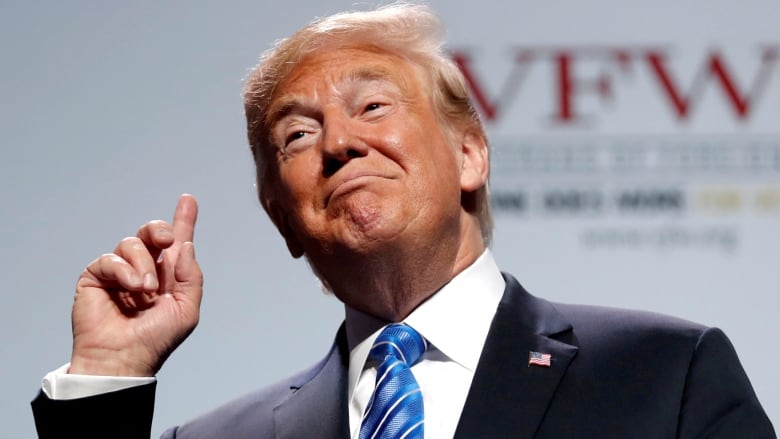 So inquired one of Elisabeth LaMotte’s patients recently, fretting out loud about the volatility of U.S. President Donald Trump’s actions during a therapy session at her Washington practice.

It was a rhetorical question — one that predated Trump’s threats of a showdown with Iran this week. But if the question wasn’t meant in earnest, the politically induced anxiety LaMotte is hearing about from her clients certainly is, says the founder of the D.C. Counselling and Psychotherapy Center.

She refers to it as a “collective anxiety” among patients who feel on edge about how potentially dire the president’s decisions could be.

“There is a fear of the world ending,” she said. “It’s very disorienting and constantly unsettling.”