Kissinger is almost enough to make me think there might be something to David Icke’s alien lizard people theory.

This man is one of the biggest scumbags the United States as a nation ever produced, but I’ve always appreciated his Machiavellian candor. If only all ruling class/power elite operatives were so forthcoming. 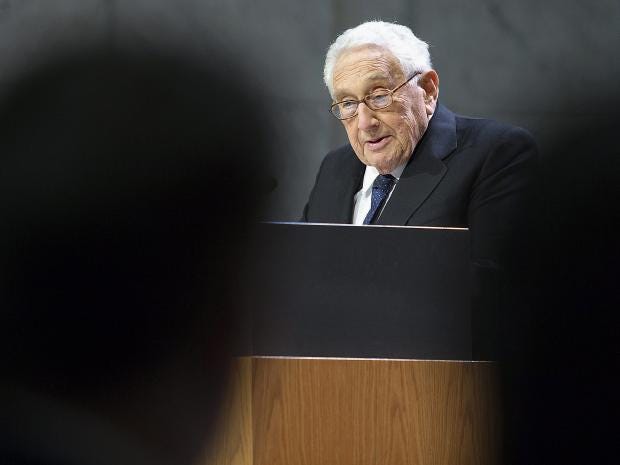 Henry Kissinger has warned that destroying Isis could lead to an “Iranian radical empire”.

The former diplomat has suggested that once Isis is defeated, if Iran occupies the free territory, the result could lead to the emergence of a new empire.

The 94-year-old, who was the Secretary of State under President Richard Nixon, also spoke about the complications of taking sides in Middle Eastern conflicts.