A fog of drugs and war

From the Los Angeles Times. 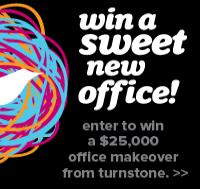 By Kim Murphy, Los Angeles TimesApril 7, 2012, 3:24 p.m.
SEATTLE — U.S. Air Force pilot Patrick Burke‘s day started in the cockpit of a B-1 bomber near the Persian Gulf and proceeded across nine time zones as he ferried the aircraft home to South Dakota.

Every four hours during the 19-hour flight, Burke swallowed a tablet of Dexedrine, the prescribed amphetamine known as “go pills.” After landing, he went out for dinner and drinks with a fellow crewman. They were driving back to Ellsworth Air Force Base when Burke began striking his friend in the head.

FOR THE RECORD:
An earlier version of this story said that Bart Billings, a former military psychologist, hosts an annual conference at Camp Pendleton on combat stress. He now holds the conference at other venues.

“Jack Bauer told me this was going to happen — you guys are trying to kidnap me!” he yelled, as if he were a character in the TV show “24.”

When the woman giving them a lift pulled the car over, Burke leaped on her and wrestled her to the ground. “Me and my platoon are looking for terrorists,” he told her before grabbing her keys, driving away and crashing into a guardrail.

Burke was charged with auto theft, drunk driving and two counts of assault. But in October, a court-martial judge found the young lieutenant not guilty “by reason of lack of mental responsibility” — the almost unprecedented equivalent, at least in modern-day military courts, of an insanity acquittal.

Four military psychiatrists concluded that Burke suffered from “polysubstance-induced delirium” brought on by alcohol, lack of sleep and the 40 milligrams of Dexedrine he was issued by the Air Force.

In a small but growing number of cases across the nation, lawyers are blaming the U.S. military‘s heavy use of psychotropic drugs for their clients’ aberrant behavior and related health problems. Such defenses have rarely gained traction in military or civilian courtrooms, but Burke’s case provides the first important indication that military psychiatrists and court-martial judges are not blind to what can happen when troops go to work medicated.

After two long-running wars with escalating levels of combatstress, more than 110,000 active-duty Army troops last year were taking prescribed antidepressants, narcotics, sedatives, antipsychotics and anti-anxiety drugs, according to figures recently disclosed to The Times by the U.S. Army surgeon general. Nearly 8% of the active-duty Army is now on sedatives and more than 6% is on antidepressants — an eightfold increase since 2005.

“We have never medicated our troops to the extent we are doing now…. And I don’t believe the current increase in suicides and homicides in the military is a coincidence,” said Bart Billings, a former military psychologist who hosts an annual conference on combat stress.

The pharmacy consultant for the Army surgeon general says the military’s use of the drugs is comparable to that in the civilian world. “It’s not that we’re using them more frequently or any differently,” said Col. Carol Labadie. “As with any medication, you have to look at weighing the risk versus the benefits of somebody going on a medication.”

But the military environment makes regulating the use of prescription drugs a challenge compared with the civilian world, some psychologists say.

Follow-up appointments in the battlefield are often few and far between. Soldiers are sent out on deployment typically with 180 days’ worth of medications, allowing them to trade with friends or grab an entire fistful of pills at the end of an anxious day. And soldiers with injuries can easily become dependent on narcotic painkillers.

“The big difference is these are people who have access to loaded weapons, or have responsibility for protecting other individuals who are in harm’s way,” said Grace Jackson, a former Navy staff psychiatrist who resigned her commission in 2002, in part out of concerns that military psychiatrists even then were handing out too many pills.

For the Army and the Marines, using the drugs has become a wager that whatever problems occur will be isolated and containable, said James Culp, a former Army paratrooper and now a high-profile military defense lawyer. He recently defended an Army private accused of murder, arguing that hismental illness was exacerbated by the antidepressant Zoloft.

“What do you do when 30-80% of the people that you have in the military have gone on three or more deployments, and they are mentally worn out? What do you do when they can’t sleep? You make a calculated risk in prescribing these medications,” Culp said.

The potential effect on military personnel has special resonance in the wake of several high-profile cases, most notably the one involving Staff Sgt. Robert Bales, accused of murdering 17 civilians inAfghanistan. His attorneys have asked for a list of all medicines the 38-year-old soldier was taking.

“We don’t know whether he was or was not on any medicines, which is why [his attorney] has asked to be provided the list of medications,” said Richard Adler, a Seattle psychiatrist who is consulting on Bales’ defense.