An ex-skinhead discusses how to combat “hate.” While most if not all “far-right” groups would fail to create a better society than the one we have now, a problem with the “anti-hate” outlook is that it is only focused on illiberal forms of “hate.” Left-wing extremism, no matter how malevolent, is typically not considered to be “hate” by the anti-haters. Even worse, supporting the establishment is not considered “hate.” Notice that this book even receives the endorsement of Iraq War fraudster and surveillance state apologist James Clapper. 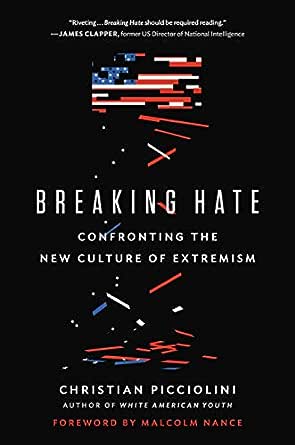 From a onetime white-supremacist leader now working to disengage people from extremist movements, Breaking Hate is a “riveting” (James Clapper), “groundbreaking” (Malcolm Nance), “horrifying [but] hopeful” (S.E. Cupp) exploration of how to heal a nation reeling from hate and violence.