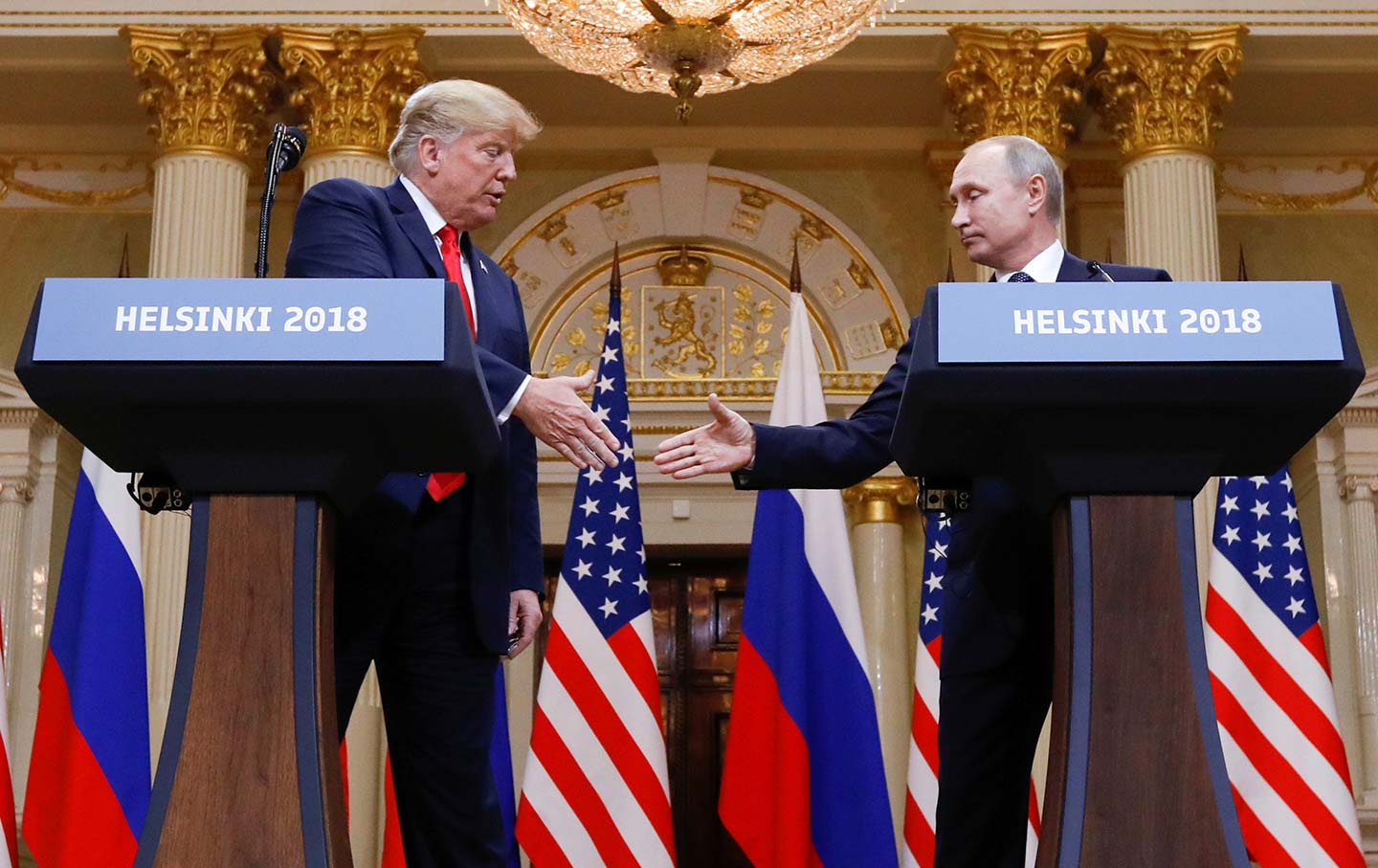 No single act of Donald Trump’s presidency has engendered more criticism than his performance at the Helsinki summit with Vladimir Putin. For declining to endorse US intelligence claims that the Kremlin meddled in our election and faulting both countries for the poor state of US-Russia relations, Trump was roundly accused of “shameful,” “disgraceful,” and “treasonous” behavior that has sparked a full-blown “national security crisis.”

But does the American public at large share the prevailing elite assessment? Save for a White House vigil led by two longtime Hillary Clinton staffers and a few scattered rallies—and in stark contrast to mass protests over Trump’s misogyny, Muslim ban, and zero-tolerance immigration policy—Americans have not poured into the streets to confront the “crisis.” A poll by The Hill and the HarrisX polling company found 54 percent support for Trump’s now-scuttled plan for a follow-up summit with Putin at the White House. An NBC News/Wall Street Journal poll found that Trump’s post-Helsinki approval rating slightly increased to 45 percent. While the uptick does not necessarily signal an embrace of Trump’s behavior, it is not difficult to see why his numbers did not plummet. In a recent Gallup poll on problems facing the country, the “Situation with Russia” was such a marginal concern that it did not even register. While an NPR/PBS NewsHour/Marist poll found that 64 percent believe Trump has not been tough enough on Russia, it also saw a near-even split on whether Putin is a foe or an ally, and 59 percent support for better relations.

The gap between elite and public priorities highlights an endemic problem that long predates Trump. Since his election, however, the elite fixation on alleged Russian meddling and the president’s suspected collusion has exacerbated that divide.