Youa Vang Lee was at her home in Minneapolis when her son showed her the video of George Floyd dying under a police officer’s knee. Lee, a 59-year-old Laotian immigrant who assembles medical supplies at a factory, heard Floyd cry out for his mother. It triggered a deep and familiar pain.

“Fong was probably feeling the same way, too,” she said in Hmong, her eyes filling with tears. “He was probably asking for me, too.”

In 2006, Lee’s 19-year-old son Fong – who was born in a refugee camp in Thailand – was shot eight times by Minneapolis police officer Jason Andersen. The officer remains on the force to this day, a fact that the Lees were not aware of until told by the BBC. The officer was terminated twice, but has apparently since been rehired.

Although security footage showed Lee was running away at the time, Andersen claimed the teenager had a gun. A grand jury declined to indict him and the police department ruled the shooting justified. The family sued in civil court claiming excessive force and brought evidence the gun found beside Fong’s body was planted. An all-white jury found against them.

Under growing pressure from demonstrators outraged over the police killings of African-Americans, officials across the country announced major police reforms on Monday, further galvanizing a protest movement that has led to a nationwide reckoning over systemic racism.

The statistical data Carlson cites at the beginning of this is interesting.

Black Lives Matter may be the single most powerful political party in the United States.

He would be if he was a civilian.

It’s certainly possible to argue that this was a “suicide by cop” situation but, as Jim Bell has pointed out in the forum, this is still an illegal shooting under constitutional jurisprudence. A civilian wouldn’t get away with this. Krystal’s commentary in this is good.

Krystal and Saagar discuss the fatal shooting of Rayshard Brooks at a Wendy’s parking lot in Atlanta.

That articles like this keep appearing in the New York Times clearly indicates that the elite strategy is to protect the state by making it appear as though police state excesses are merely a racial issue, as opposed to the race issue merely being a symptom of the wider disease, with the implicit assumption being that the police state or state generally would be benign if only there was less racism or no racism at all. Of course, this leaves out the fact that police states can be pervasive in both heterogeneous (Saddam Hussein’s Iraq) and homogeneous (DPRK) societies. The objective seems to be to build a more multicultural, rainbowed police state with cops wearing the masks of social workers. The supposed victory over racist police brutality can then be incorporated into the theology of the civil religion. It really is fascinating how the state has managed to turn a low-intensity civil insurrection into a mere “two minutes” of hate session.

By Nate Cohn and Kevin Quealy

American public opinion can sometimes seem stubborn. Voters haven’t really changed their views on abortion in 50 years. Donald J. Trump’s approval rating among registered voters has fallen within a five-point range for just about every day of his presidency.

But the Black Lives Matter movement has been an exception from the start.

Over the last two weeks, support for Black Lives Matter increased by nearly as much as it had over the previous two years, according to data from Civiqs, an online survey research firm. By a 28-point margin, Civiqs finds that a majority of American voters support the movement, up from a 17-point margin before the most recent wave of protests began.

The survey is not the only one to suggest that recent protests enjoy broad public support. Weekly polling for the Democracy Fund’s U.C.L.A./Nationscape survey shows a significant increase in unfavorable views of the police, and an increase in the belief that African-Americans face a lot of discrimination.

Perhaps most significant, the Civiqs data is not alone in suggesting that an outright majority of Americans agree with the central arguments of Black Lives Matter.

Less than five months before the election, congressional Republicans are struggling to confront a host of thorny racial issues that have been unexpectedly thrust into the 2020 campaign spotlight.

They’re still scrambling to craft a response to nationwide protests against police brutality following the May 25 killing of George Floyd, divided over whether to rename Army bases named after Confederate leaders and resistant to banning all Confederate statues from the Capitol.

END_OF_DOCUMENT_TOKEN_TO_BE_REPLACED

Bye. This so funny. “I’ll show these ungrateful assholes. I’ll quit my job!” Uh, that’s kind of the goal, dude.

END_OF_DOCUMENT_TOKEN_TO_BE_REPLACED

I’m not so sure that it did. What I find most fascinating about the recent low-intensity insurrection is not the insurrection itself but the near-total indifference of the ruling class combined with the immediate move of vast sectors of the ruling class to co-opt the insurgency, from the voices of the new clerisy like the New York Times to neo-Rockefellers like Jeff Bezos and neo-Mellons like Bank of America to traditional clerical oligarchs like Rev. Pat Robertson. The most interesting moment of the whole thing was when the true Power Elite/Deep State showed their hand and overruled CEO Trump’s wishes to send out the military to suppress the insurrection.

Calls to abolish the police are spreading. Dozens of cities are considering cutting police budgets, and police are resigning across the country. In Minneapolis, where the police murdered George Floyd and the insurrection first broke out, the city council is moving to disband the police department. While this would only be a first step toward full abolition—which would require ending all forms of policing, evictions, imprisonment, courts, and racial capitalism—three weeks ago, that a major city would even consider this was unthinkable.

For many who’ve been fighting for police abolition for years, the sudden uptake of these ideas has been disorienting. Gratifying, certainly, but also surprising and overwhelming. Many respond with frustration, as the meaning of abolition is watered down, reduced to defunding or even less drastic reforms. Black people in America have lived through a partial abolition before: The enslaved overthrew the regime of slavery in what W.E.B. Du Bois called the General Strike of the Slaves, only for it to be reinstituted in all but name in convict leasing, sharecropping, Jim Crow, vigilante white terrorism, chain gangs, and prisons. Abolition not accompanied by a social revolution will just be another in the long history of white supremacist “reforms” that allow this settler state to continue as it always has.

While I agree with 99% of this article, I’m a bit suspicious as to why the New York Times (“Voice of the Ruling Class”-Abbie Hoffman) was willing to publish it. It seems like some kind of co-optation scheme is in the works. The left-wing of the ruling class (the tech-oligarch/financier/new clerisy alliance) seems to envision a future American empire that is organized domestically more like the European Union, complete with the social worker cops of Scandinavia, and which continues to rule the world under the cover of the UN. I’ve been saying that this is the end-game of the “left-wing of capital” for 20 years as opposed to the neoconservatives and traditional hawks (the John Bolton types) who simply want a Pax Americana.

The main disagreement I have with this is that the author appears to be a social democrat/welfare statist. I am critical of social democracy even as it’s practiced in relatively benign states like the Scandinavian countries, which strike me as totalitarian humanist theocracies even if they lack military power or the massive police states of the US. Their small size and geographic constraints prevent them from becoming imperialistic. However, they are basically the “blue states” of the European Union, which is a rising totalitarian humanist empire.  North Korea is the Stalinist/fascist dystopia of Orwell’s 1984, while the European Union (particular England and Scandinavia) are Huxley’s Brave New World, with America being more like byzantine bureaucracy depicted in Kafka novels.

As a decentralist and an anti-imperialist, I am willing to tolerate the occasional totalitarian humanist microstate (like Iceland), the occasional fascist city-state (like Singapore), or the occasional Stalinist island (like Cuba). But I can’t really see promoting any of those as ends unto themselves.

END_OF_DOCUMENT_TOKEN_TO_BE_REPLACED

Michael A. Wood, Jr. is a retired Baltimore police officer and veteran of the USMC. He recently made the news for publicly speaking out against police brutality and has become a proponent of a new era of policing.

END_OF_DOCUMENT_TOKEN_TO_BE_REPLACED

It is interesting how the protests have taken place in small towns, suburban areas, and deep red zones as well as in the cities. My best guess is that it’s because the police state is large enough and entrenched enough that at this point virtually everyone has a family member or friend who has been victimized by pigs at some point. Really this is just a variation of those “National Night Out” anti-crime events, only this time around it is pig crime rather than the private sector kind of crime that is being protested.

END_OF_DOCUMENT_TOKEN_TO_BE_REPLACED

Reminds me of a co-worker I once had whose ex-husband was allowed to remain on the SWAT team as a sniper while she had a restraining order on him for stalking and domestic violence. 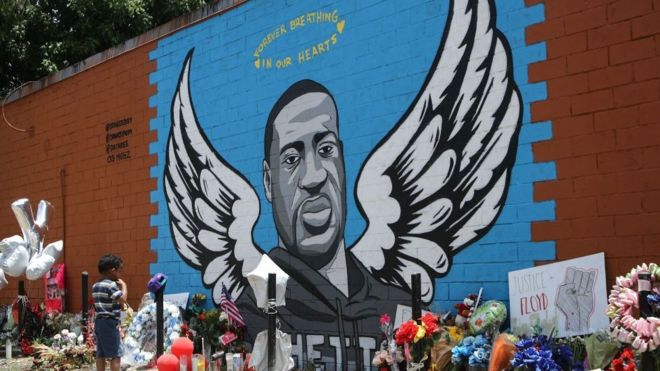 When videos of controversial police encounters generate headlines, there’s an important figure in the story that we rarely hear about – the person filming.

END_OF_DOCUMENT_TOKEN_TO_BE_REPLACED

A lot of “police reform” ideas I come across strike me as token reformist bullshit or an effort to deflect the conversation toward liberal pet projects like expanding the welfare state, but eliminating no-knock warrants, like eliminating qualified immunity, might actually count for something.

END_OF_DOCUMENT_TOKEN_TO_BE_REPLACED

Kyle’s commentary in this is pretty good. Most of the “police reforms” Kyle is discussing are a good idea, but the two big ones are ending overcriminalization and holding the police to the same standards as civilians.

One point where I would agree with the NYPD police union president is that the System has been not exactly outraged by the assassinations of policemen that have taken place during the insurrection. But that only means that the System regards the cops as cannon fodder, the same way they view ordinary troops during warfare.

Attacking police and/or military memorials is another tactically bad idea. The US regime is never going to be defeated through either voting for do-gooders or in a Third World-like armed struggle by radical insurgents, left or right, except perhaps on a peripheral level. The only possible path to victory would be a human wave of mass non-compliance combined with the defection, desertion, or acquiescence of large numbers of military and police (see the events in the USSR and Warsaw Pact countries between 1989 and 1991). “Everything without the state, nothing inside the state, nothing for the state” has to be the way to go. This can only be done through building a Gramscian cultural consensus.