I’m pretty sure this place use to be a democracy. Not America. Contrary to what Broadway may have told you, even our saintly Founding Fathers were little more than racist neocons in pantaloons. I’m talking about the fucking internet. The Anarchist’s American Dream. A brave new world wrestled from the savages of the military industrial complex who birthed it and wilded into a stateless candy land of endless possibilities by fuzzy little daydream believers like Steve Wozniak and Richard Stallman. The place that gave us Linux and Anonymous and Napster. That land of a million possibilities where no kink was left without a chatroom and a 12 year old hacker in Ethiopia could take down the American Federal Government just for the lulz. That glorious pirate utopia of  temporary autonomous zones foretold by Hakim Bey, where only censorship was taboo and any lunatic with a Commodore could say whatever the fuck they wanted about the latest twat in the White House and the only recourse was to bitch and troll. Even a confirmed Luddite like myself couldn’t help but to look upon this satanic majesty and swell with pride at the seemingly inevitable supremacy of raw chaos.
END_OF_DOCUMENT_TOKEN_TO_BE_REPLACED

David Icke lasted longer on Facebook than I did, lol. 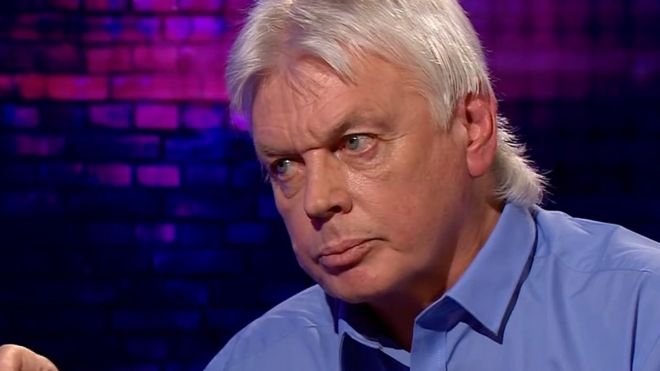 Facebook has taken down the official page of conspiracy theorist David Icke for publishing “health misinformation that could cause physical harm”.

Mr. Icke has made several false claims about coronavirus, such as suggesting 5G mobile phone networks are linked to the spread of the virus.

It has recently become abundantly clear that Facebook hates my fucking guts. I’ve suspected as much for a while now but this week it became pretty much undeniable. After posting my praise for the latest victories of the fabulous Houthi rebels, those faceless censors at America’s biggest social media juggernaut regretfully informed me that I had violated their pristine standards by supporting “dangerous individuals and organizations”, and since this was my third offense, they’re blocking me from posting on all their platforms for thirty days. They tossed another 7 days of forced isolation from instant messaging on the fire when I attempted to finish a comment on a friend’s post that I was in the middle of when they spanked me. Apparently, I’ve been a bad bad girl. Pappa Zuckerburg needs to send me to bed without supper thirty times in a row, all at the height of social distancing season with my clinical depression already in full bloom. I can’t even message my epileptic bestie back in plague ravaged England to make sure she’s not ice cold on the kitchen floor of her girlfriends flat. And for what exactly? What the fuck even is a dangerous individual or organization?