This is more or less what I was saying 15 years ago in response to neocon hegemony in the US.

At the time there was growing dissident right that was opposed to the imperialist objectives of the neocons including paleoconservatives (the so-called “unpatriotic conservatives,” as uber-neocon David Frum called them), the Alex Jones-like conspiracy crowd, the Ron Paul-like libertarians, the Southern nationalists, the foundation of what later became the alt-right, etc. However, the populist-right has since become co-opted by the neocons via Trumpism, although some Catholic traditionalists may lament Trump’s vulgarity. The far right has since degenerated into a neo-Nazi and/or white nationalist circus act, and libertarianism has splintered into various wings of the Blue Tribe or Red Tribe. In short, the entire spectrum of the Right has shown itself to be completely worthless in terms of offering any real resistance to the ruling class.

Meanwhile, the anti-imperialist Left remains almost entirely non-existent in the United States. However, a happy exception can be found among some in the neo-Stalinist camp, such as the Workers World Party, or Russia Today commentator Caleb Maupin, much to the consternation of professional “anti-haters” like Alexander Reid Ross , “Three Way Fight,” and others who constantly raise the bogeyman of “red-brown alliances.” Of course, it remains to be seen as to whether the anti-imperialist Left would experience a rejuvenation if the Trump regime were to initiate war with Iran, North Korea, Syria, Venezuela, or some other supposed “rogue state.” A revival of the antiwar Left could potentially take place if the identity politics-driven US Left felt it could get some anti-Republican mileage out of an antiwar position (which is what the Left attempted during the George W. Bush era). 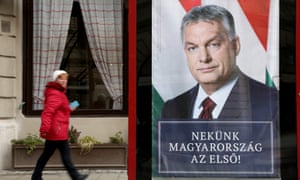 Last Summer I gave a keynote lecture at a workshop on “Fighting Back: Liberal Democratic Responses to the Populist Challenge” at the Central European University (CEU) in Budapest, which has been the target of attacks by Victor Orbán and his Fidesz party since I worked there in the late 1990s.

The air went out of the room as I saw many people in the audience violently shake their head. Working with Jobbik? Aren’t they worse then Orbán’s Fidesz? In theory yes, but in practice, no.

Although Jobbik is currently campaigning on a less populist radical right platform then Fidesz, a Jobbik government will almost certainly be even worse for liberal democracy than the current Fidesz government. But the point is, they are not in power, and have little chance at coming to power by themselves. Fidesz, however, is in power.

Fidesz has been consistently dismantling liberal democracy in Hungary since returning to power in 2010. He and his party have changed the constitution, appointed cronies to every new position, and have created an illiberal “Frankenstate”, as one of Orbán’s most astute critics, Kim-Lane Scheppele, has termed it.