Baraka was one of the great American black nationalist writers of the 20th century. His point is this statement is what I have always said as well. Merely promoting demographic conflict helps rather than hurts the system. Look at how easily the system has coopted anti-racism, feminism, gay rights, etc. over the past few decades. Look at what a joke Trumpism has turned out to be. But someone who favors abolishing the system for real is a genuine threat. The entire panoply of “extremist” tendencies in North America, including SJWs, Antifa, Anarcho-leftoids, Alt-Right/Lite, Neo-Nazis, and “Patriots” seem incapable of comprehending this. 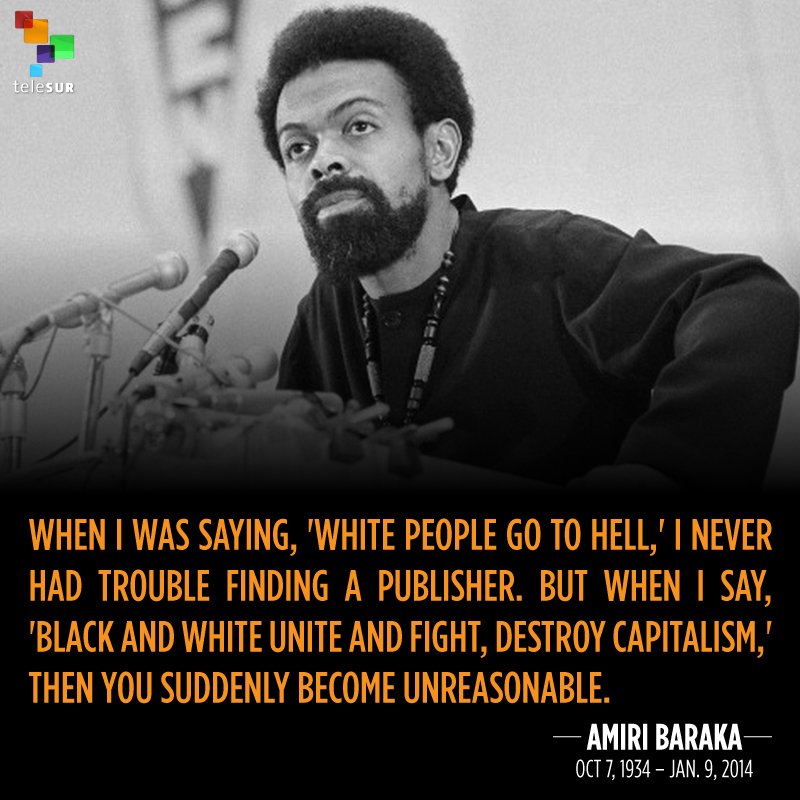