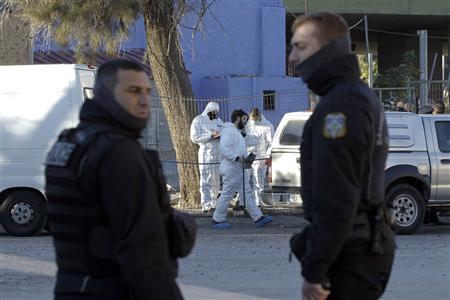 Golden Dawn has surged in popularity during Greece’s debt crisis and was catapulted from obscurity to winning 7 percent of the vote in parliamentary elections in June, riding a wave of public anger at austerity, corrupt politicians and immigrants.

Activists and politicians have called for the ultra-nationalist party, whose members have been seen giving Nazi-style salutes and whose emblem resembles a swastika, to be banned.

The dynamite-packed device was placed outside the party’s local offices in Aspropyrgos, an industrial suburb west of Athens.

A police official, who declined to be named, said the attack was most likely carried out by a far-left group. “It was a powerful blast that caused a lot of damage,” he said. “It looks like (domestic) terrorism.”